Yeah, you read that right. Northwestern has a better recruiting class than Michigan State. Turn down for what, Chris Collins? Turn down for nothing.

You've all heard the statistic before: Northwestern has never made the NCAA Tournament. That is a stigma that every iteration of the Wildcats basketball team has had to deal with, and one that the 2013-2014 Cats did nothing to get rid of. NU went 14-19 this past year, and after upsetting Iowa in the first round of the B1G Tournament, fell to Michigan State in the quarterfinals. There is a light at the end of the tunnel however.

None of these apparent negatives have hampered first year head coach Chris Collins on the recruiting trail. The former Duke assistant snatched up five commitments for the Cats, including a four star small forward that is a consensus top-150 player in the country. If you ask me, that's pretty impressive. I recommend getting to know these names, because they'll be playing a significant roll for the Cats next year, and because I like it when you guys read my posts attentively. 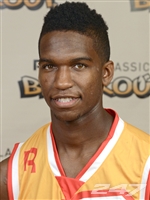 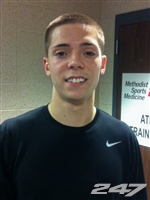 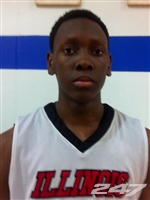 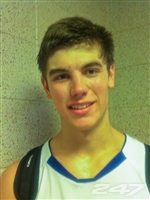 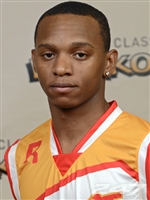 Vic Law is the truth. Are kids still saying that? I don't care, because Law is awesome. This video is from his junior season, and shows off his myriad talents. He attacks the rim ferociously, he can step back and drill a three, he plays tough perimeter defense, and he can handle the ball well for a small forward. An important side note: in my high school's conference you'd get a technical foul if you dunked during warmups. It looks like Law's team may have started a fair number of games in the hole due to his pre-game displays of athleticism. The St. Rita's product is my sleeper pick to win B1G Freshman of the Year and I hope he doesn't crumble under the immense pressure of that announcement. Godspeed Vic!

Despite wearing a t-shirt under his jersey that is a different color in some of the games in this highlight video, McIntosh has a lot of bright spots in his game. He is listed as a combo guard on 247, but based on these highlights, McIntosh projects as a shooting guard. He can shoot from anywhere on the court and also has a knack for slipping between taller defenders to get to the rack. If I were to compare him to a player that just graduated, it would be Ben Brust. It also looks like McIntosh plays with an edge due to the amount of opposing player shoves he doled out after scoring. I already know I'm going to hate this kid when he plays against Wisconsin, and Northwestern should relish that fact.

Because I'm an all-around cool dude with lots of friends, I've watched my fair share of high school highlight mixtapes in my day and I have to say that Scott Lindsey's showed off more defensive highlights than I usually see. That's sort of fundamental mixtape making will really help Northwestern next year. Despite playing the same position as Law there will be ample opportunities for Lindsey to carve out a role with the Cats next year. Kale Abrahamson transferred recently, Drew Crawford graduated, and looking at the NU roster for next year, you'll notice a distinct lack of size beyond Alex Olah which means the Cats could be playing small a lot next season. Lindsey, like every player in this class, brings plus athleticism to Evanston which is what coach Collins is looking for.

Look, I'm only human. There is no way I was going to post a video showing boring highlights of Skelly working on his post moves against some kid seven inches shorter than him when there is this video of a ONE HANDED ALLEY OOP! If you are questioning this, congratulations, we just became enemies. Skelly should see significant minutes for the Cats next year because of his size. If you were reading carefully, like I asked you to, and not just watching alley oop videos on YouTube you will remember I said earlier that Northwestern will have a serious lack of height next year. Despite being the least athletic member of this class, Skelly can bang down low and even showed the ability to step out and hit the three. Could be a solid four year contributor for the Cats.

I know this post has gotten a tad long, but I hope you stuck around, because HOLY BUTT DID YOU SEE THE BETWEEN THE LEGS DUNK THAT THIS TINY POINT GUARD DID?!?!?!? Vassar is an athletic wonder, and exactly the kind of point guard that could push Northwestern into the top half of the B1G. He is lightning quick, handles like a Ferrari, and has eyes all over his head. While normally the eyes thing would be seen as a hindrance, in basketball it's good because he can make passes that no one else can. His name also reminds me of this quote from The Simpsons.

State of Recruiting from Rodger Sherman of Sippin' On Purple:

There are things to criticize about Chris Collins' first year as Northwestern's head coach: His team's offense was inept at times, although to be fair, he didn't have much talent to work with. And less than a year after taking over, four players have decided to transfer out of the program.
However, it's impossible to be disappointed with his recruiting. It's not easy to dispute the claim that he put together the best class in school history. Five players, four with legit interest from major conference schools. Vic Law, from what we hear, is a legit four-star stud, and we were not the only B1G school after Bryant McIntosh and Scott Lindsey.
This is not what Northwestern is used to. We're used to scrounging and making do with less. We're used to running gimmick offenses and defenses to stay close in games where we're at a talent disadvantage.
If Collins recruits like this, we won't have to do that anymore. There's a non-zero chance the five guys Collins brought in are the five most talented players on Northwestern's roster. (JerShon Cobb and Alex Olah are assuredly in there. But like I said, a non-zero chance.) If we get some W's this upcoming year and Collins leverages that into an equally good or better 2015 class, we might actually play in that tournament at the end of the year.

These Cats are coming out punching next year, or something. I'm not sure what MGoBlog was going for here. But hey, cats on the internet = $$$$$ I'm pretty sure.