Looking at the 2014 B1G recruiting classes, from worst to best. Next up: #8 Michigan State.

There are only a handful of of schools in America where a run to the Elite Eight would be considered a disappointment. Michigan State is one of those schools. With their defeat at the hands of Kevin Ollie and his Huskies of Destiny, the Michigan State Spartans Class of 2014 was the first class of graduating seniors under head coach Tom Izzo to never reach a Final Four. After five consecutive weeks spent as the number one team in the nation the Spartans finally encountered an opponent they could not overcome: injury.

After a tumultuous regular season rife with rotation issues and lineup shuffling, the Spartans were eventually able to rid themselves of their injury woes just before the NCAA Tournament began. Analysts around the nation flocked back to their side after a Big Ten Tournament championship, ready to proclaim the Spartans champions of the amateur basketball world once again. Unbeknownst to most, lurking in the shadows, there was an even deadlier threat than injury: Shabazz "He Who Shall Not Be Named" Napier. Napier dismantled the Spartans, laying waste to their championship aspirations in the Elite Eight with no sign of remorse for the seniors whose careers he was ending. Izzo and his team saw their season taken from them under the bright lights of Madison Square Garden, the Mecca of Basketball. A season that began with visions of green and white confetti-draped celebrations in the streets of East Lansing ended with tears and "what-ifs" in Manhattan. 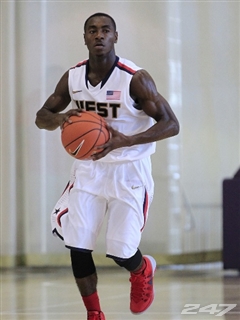 Listed at only 5-foot-10, 165 pounds -- basically what LeBron James was in sixth grade -- one would expect Nairn to dominate with his quickness rather than his body, but even for his diminutive stature this future Spartan has no problem utilizing his incredible speed to draw contact and finish at the rim. This little body houses a great deal of horsepower and Nairn has no problem going 0-to-60 in the blink of an eye. He has no competition in a foot race on the hardwood, turning missed shots into one-man fast break opportunities. Nairn's first step is quicker than any Class of 2014 player I have seen thus far, routinely leaving his defender in a state of embarrassment. His elite blow-by capability creates scoring opportunities not only for himself, but for his teammates. Nairn is an exceptional passer, maintaining composure and control at breakneck speeds, granting him to ability to make heady plays while playing at a seemingly uncontrollable pace. His stature is going to be detrimental on the defensive end and his jumper could use more polish, but "Tum Tum" is going to be an invaluable asset for a team losing two starting guards in Keith Appling and Gary Harris. 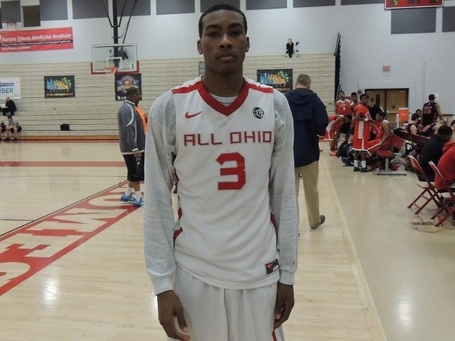 It is difficult to pinpoint where exactly Bess fits right now. His position is somewhat enigmatic, which can be highly beneficial or a major developmental crux; these next few years of development will be crucial to determining if Bess has a true positional calling or if he will remain a basketball nomad. Bess, as most freshman do, will need to bulk up a bit to compete at a higher level. Despite his lack of major offers, Bess possesses an intriguing array of skills. Bess is listed as a small forward, but is capable of playing both guard positions in addition to the three spot. While not physically overpowering, Bess is extremely long and rangy, allowing him to be a plus-defender on smaller wings. His shooting stroke leaves something to be desired but his value derives from excellent slashing and finishing ability at the rim. He is an adept facilitator, displaying an ability to push the ball off a miss in a point forward-type capacity. Bess is likely going to be more of a project than the big name recruits Michigan State is accustomed to bringing in, but Izzo is one of the best at developing young talent. Under the tutelage of Obi-Wan Izzobi, Bess might have a chance to shine. 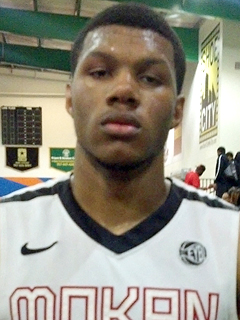 An impressive athletic specimen at 6-foot-7, 225-pounds - a build similar to Kawhi Leonard of the San Antonio Spurs - Clark remained a discreet prospect due to a foot fracture sustained at the end of his 2013 season. A reclassification to the Class of 2014 allowed Clark the opportunity to follow his teammate "Tum Tum" to East Lansing. With powerful frame and smooth jumper, most scouts believe Clark has the ability to turn into a premier scoring threat. Clark averaged nearly 22 points and 7 rebounds per game this season playing at both the three and four on Sunrise Christian's postgraduate team. Clark's positional versatility will grant Izzo the opportunity to have him play both out on the wing and down in the post. Clark is a tremendous athlete with the kind of physical measurables scouts swoon over, but his most important attributes come from within. Clark (believe me, watch the documentary) has a strong will, a level head and a willingness to learn. The ability to be taught is something each subsequent generation of collegiate athletes sorely lacks. It is in this that Clark stands apart from most prospects his age. Under proper direction at Michigan State Clark has the opportunity to turn into a special talent.

State of Recruiting from Josh (handle: "intrpdtrvlr") of The Only Colors

Note: This was written before Marvin Clark committed.

Any honest assessment of Michigan State's 2014 recruiting class has to come to terms with the wealth of disappointment. Coach Izzo and staff went after a dozen or so elite recruits ranging from solid Top 50 prospects up to the best players in the country like Tyus Jones, Jahlil Okafor, and Cliff Alexander. Not only did it seem like the law of averages would deliver a stellar recruiting class of three to five players to East Lansing but Spartan fans had tangible reasons to be optimistic.
Alexander was repeatedly vocal about his love of Izzo and preference for MSU early in the process and Jones and Okafor were interested in bringing their package deal to the Breslin Center. In the end, not a single one of that Big Three even took an official visit to Michigan State as the relationships all fizzled. Each of MSU's other targets from the fall and summer chose other schools. Even Tyler Ulis, cousin of MSU great Travis Walton, was once considered the Michigan State point guard of the future until the results of a slow play by the Green & White allowed Ulis to be snatched up by the Kentucky Wildcats. It was, by any fair evaluation, a rough recruiting year.

However, there's reason to be optimistic. Michigan State turned that disappointment around and quickly landed two quality players late in the process by flexing some brand muscle. Lourawls Nairn is a point guard as fast as anyone in his class and has a hard-nosed reputation for toughness and leadership that should fit right in with the blue collar MSU tradition. Despite a short recruitment to woo him, it sounds like Lourawls fell quickly in love with Michigan State and there's a feeling that it might have been "meant to be" to bring him here. There's no doubt that the fans in East Lansing are anxious about his arrival as a likely four-year contributor at the point. Our second signee Javon Bess is a wing who "blew up" a little bit last year and has had a strong senior year to further bolster the notion that he's no reach of a recruit for the B1G. Bess is a player who might make some Midwest programs upset they didn't give him more attention. He has good size at 6'5", can do a bit of everything, and may be a stronger scorer than originally advertised. Bess will play immediately but, with the current roster, he won't be expected to carry a large burden right away.

Michigan State has not remained complacent and is still recruiting this class to fill out the roster. It looks like they may land Kansas forward Marvin Clark later this month. Clark is another player who could develop into the type of 3-star success story that has produced some of Michigan State's best teams with players like Travis Walton and Draymond Green. Lastly, Michigan State is in the thick of things for Huntington Prep guard Montaque Gil-Caesar. A Top 25 recruit in the class of 2015, Gill-Caesar is strongly looking at reclassifying and would give MSU an instant offensive punch for next season.

So, the fanbase isn't going to get to watch their fantasy class of 2014 unless they want to check out Duke, Kansas, and Kentucky and dream. Still, MSU picked up two strong contributors and the addition of an early verbal from in-state stretch 4 Deyonta Davis for 2015 hopefully suggests some easier sledding going forward. If nothing else, the tough, hardworking players we have coming should fit right in with Michigan State and Tom Izzo's program history.

Why, with the eighth-ranked recruiting class in our B1G countdown, is Tom Izzo dancing in shades like he's Dirk Diggler? Because Izzo knows no fear. While the losses of Adreian Payne, Appling and Harris are going to be difficult to overcome, this is the kind of bleeding Izzo has come accustomed to stopping during his nearly two-decade run of excellence. Only once since the 2006-2007 season have the Michigan State Spartans failed to make it out of the first round of the NCAA Tournament. The Spartans never rebuild, they just reload.