The Terps had two games this week and the team was able to take care of business against both Penn State at home and Northwestern on the road. The game against Penn State was a little tighter than most would have hoped due to Maryland's dreadful shooting, but the win over Northwestern was dominant. With the two wins, the Terps have a seven game wining streak and now sit at 2-0 in the Big Ten.

Overall, Maryland received 65.4 percent of the first place votes this week. That's a pretty substantial rise considering that the team received none last week. The team will have a chance to build on that with Rutgers at home and Wisconsin on the road this week.

The Hawkeyes easily had the team's best week of the season. The week started with a win over No. 1 Michigan State at home and finished with an incredible comeback victory over No. 14 Purdue on the road. There are a lot of teams that don't have two wins as strong as that all year and Iowa got them both in one week. With the two wins, Iowa pushes its record to 11-3 overall and has set itself up to make a major run in the Big Ten.

The Spartans faced the team's second week without star Denzel Valentine and things certainly could have gone better. To start the week, Michigan State went on the road and dropped its first game of the season to Iowa. Fortunately, Michigan State did recover by taking care of business against Minnesota on the road. It was unfortunate for the team to lose its first game of the season, but the Spartans are still 14-1 on the year.

Overall, Michigan State dropped from the unanimous No. 1 in last week's rankings to No. 3 and received just 19.2 percent of the first place votes. The Spartans will get Illinois at home and Penn State on the road for a chance to get back on track in the rankings.

The Boilermakers looked to be in position to assert itself as a major contender for the Big Ten with Wisconsin on the road and Iowa at home. Unfortunately, the results were mixed. Purdue opened with a solid road win over the Badgers, but a second half collapse let Iowa come back and beat Purdue in West Lafayette. Things still sit pretty well for the Boilermakers, but dropping a game at home is certainly a tough blow.

For the third straight week, the Boilermakers received no first place votes. It was a tough drop for Purdue this week, but with Michigan at home and Illinois on the road, the team should have a chance to move up heading into next week's rankings.

The Wolverines had quite an interesting week. To start things off, Michigan went on the road and scored a win over Illinois thanks to a surprise outburst from Mark Donnal. However, it was the second game that was more surprising. Star guard Caris LeVert sat out with injury, but the Wolverines absolutely pummeled Penn State at home. Though it's hard to argue the wins were against great competition, the team does seem to be playing better and has now won 10 of its last 11 games. Michigan gets Purdue on the road this week.

The Hoosiers had a solid, but not great week. The team did get two Big Ten road wins, but they came against underwhelming Rutgers and Nebraska teams. Although Indiana absolutely deserves credit for winning those two games, those are games that a team like Indiana should win. As such, the Hoosiers can only get so much credit, especially considering that the Rutgers game was far too close for comfort. Nonetheless, with the two wins, Indiana now sits at 12-3 and has won its last seven games in a row. Indiana gets Wisconsin and Ohio State at home next.

The Buckeyes continued the upward trend with two home wins over Minnesota and Illinois this week. In fact, Ohio State has now won eight of its last nine games, including that huge win over Kentucky. Admittedly, some of those opponents weren't great, but it's still a major upward trend after a horrific start to the season. This week will tell a lot about how far Ohio State has come with Northwestern and Indiana on the road.

The Wildcats had what was largely an expected performance last week. The team went on the road and beat an underwhelming Nebraska team, but followed it up with a loss at home to a really good Maryland team. With two decent opponents added to the schedule, the picture of Northwestern is starting to become clearer, but there are still a lot of questions out there on the Wildcats. That picture should continue to clear up with Ohio State at home and Minnesota on the road coming up this week.

The Badgers had a "meh" week. The team fell in a relatively competitive game to Purdue at home and then soundly beat Rutgers at home. Going 1-1 certainly isn't bad, but fans didn't really learn much regarding how much Wisconsin can still improve going forward. The Badgers now sit at 9-6 overall and have a very challenging week upcoming with Indiana on the road and Maryland at home. If Wisconsin is going to get an at-large NCAA Tournament bid, this is the kind of week where it needs to grab at least one win.

The Illini had a brutal week with a home loss to Michigan and a narrow road loss to Ohio State. As mentioned in last week's power rankings, this was a crucial week for Illinois. If the team was going to make a serious postseason push, it needed to win at least one of these games considering that both were winnable. 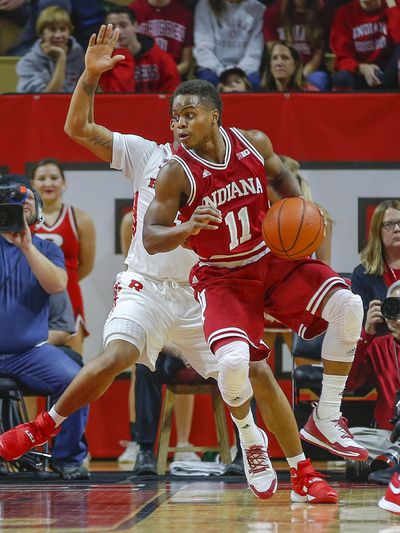 BTPowerhouse looks at the Player of the Year race.

Unfortunately, Illinois lost both games and now has a very tough upcoming slate with Michigan State on the road and Purdue at home. Barring an upset, the Illini will likely start Big Ten play at 0-4.

The Huskers were in position to really turn the season around. Nebraska had winnable games against Northwestern and Indiana at home and a shot at two quality wins. Unfortunately, Nebraska was unable to close out the deal in either game and now sits at just 8-7 overall. Notably, the Huskers have started Big Ten play at 0-2 each season since joining the conference. Nebraska now gets road games at Iowa and Rutgers to try and get back on track.

The Nittany Lions had a pretty disappointing, but unsurprising week. Penn State went on the road to Maryland and Michigan and lost both games. The matchup with Maryland was far more competitive than it initially looked on paper, but ultimately, the Nittany Lions fell. Unfortunately, Penn State was never really in the game with Michigan after the Wolverines went off from three point range. Penn State gets Minnesota and Michigan State at home this week.

The Gophers were set to have a tough week with Ohio State on the road and Michigan State at home. Unfortunately, Minnesota came up flat in both games. Now, Minnesota will look to get back on track with Penn State on the road and Northwestern at home this week. If Minnesota is going to change the direction of this season, winning one of these games seems like at least part of that equation.

The Scarlet Knights opened conference play with a home loss to Indiana and a road loss to Wisconsin. The team now sits at 6-9 overall and has a road game at Maryland and a huge home game against Nebraska next. Notably, the Nebraska matchup is the only game where the Scarlet Knights have at least a 10 percent chance to win until February 3rd.