Reggie Lynch is a physical big man. The Minnesota native should give the Gophers a tough interior presence when he hits the court in 2016.

Recently, it was announced that the Golden Gophers would be adding a key transfer in Reggie Lynch to their roster going forward.  Reggie Lynch is a local kid (local to the University of Minnesota), who wanted to return home.  (According to him, that's the main reason for the transfer.)  It could be a big boost to the team long-term.

From a southern suburb (Edina) of Minneapolis, Lynch originally chose to attend Illinois State, where he played two years.  More recently, he was named to the Missouri Valley All-Tournament team in 2015, and was second team all-MVC for the 2014-2015 season.  (He averaged 9.5 points and 5.4 rebounds last season.)

It's safe to say Lynch has grown during his two years post high school, and will provide Minnesota with a tough interior presence.  Listed at 6'9" and 260, he takes up space and is a physical player.

Offensively, he finishes at a high rate near the basket..  He has good hands, and can catch the ball at multiple levels (bounce passes, lobs, alley oops).  When he does touch it and has a clearing, he will explode to the rim and finish aggressively.  (There's nothing soft, or finesse, about his game.)  For the Gophers, it would seem that his skill set is ideally suited to play off penetrating guards (which Minnesota has with this recruiting class).  Lynch has great floor sense, and understands spacing and how to get open.  In other words, he's adept at making himself available for guards.  And, when he catches in space, he'll finish.

When he catches in mid-range, he can put the ball on the floor a couple times and take a direct line drive to the rim.  He's clearly comfortable in that setting.  I didn't see him drive, or finish, much with his left hand, but he's quite confident taking the ball to the rim if a straight line opportunity exists. 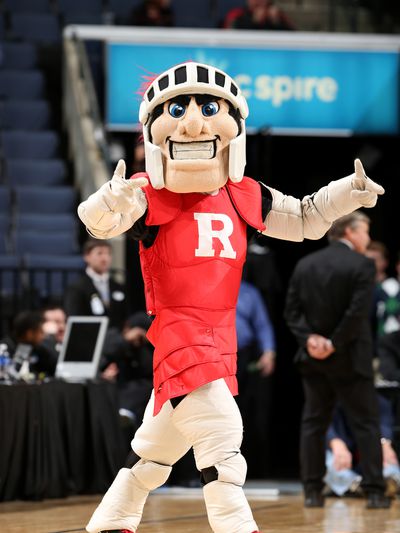 Lynch's outside jumper is a bit awkward.  He didn't shoot overly well from the free throw line.  (61 percent at Illinois State, though he improved significantly as a sophomore.)  His mechanics aren't smooth, and he doesn't have good extension on his shooting hand.  Now, with all that said, he can make jumpers; it's just not his strength.  He's most effective catching, taking a power dribble and finishing above the rim.

On defense, Lynch is an imposing presence, and has the quickness to stay with more athletic big men.  He's big, but not overly tall, compared to other, more traditional, rim protectors, but he doesn't appear intimidated and will mix it up inside.  His timing is impeccable when blocking shots.  In each of his two seasons at Illinois State, he averaged 2.8 blocks per game.

As a sophomore, Lynch fouled out 10 times (in 33 games), though.  (Actually, he fouled out of 10 games as a freshman too.)  Not unheard of for a big man, but a fairly alarming rate considering he averaged 22 minutes per game.  Perhaps it's a sign of his aggressiveness and willingness to sell out for blocks.  In some cases, that'll result in more fouls, but Pitino might want him to leverage those fouls more efficiently.

Lynch has Minnesota ties, with playing at Edina.  And, his uncle, Kevin Lynch, played for the Gophers from '87-91, and had a stint with the NBA's Charlotte Hornets.  Although two years later, it'll be another local kid playing for the Gophers.

Pitino made some big moves in 2015 (four recruits and two transfers).  Not all of these moves will pay dividends immediately; much of this talent has great athleticism and potential, but needs some molding.  Even the transfers, who are two years from playing, have room to improve.  Should Pitino develop this talent, we may look back at 2015 as an important, foundation-building year for Gopher basketball.