Who Is On The Hot Seat Around The Big Ten?

With conference play wrapping up, which coaches around the conference should be worried about their jobs?

Share All sharing options for: Who Is On The Hot Seat Around The Big Ten?

With the Big Ten regular season quickly coming to a close, fanbases around the conference have started to look ahead to the conference tournament, potential postseasons, and the offseason.  For some teams like Maryland and Wisconsin, things are going very well and they are not only thinking about the NCAA Tournament, but also about deep runs through March.  However, for other teams around the conference, things have not went as well and fans may be starting to murmur for changes at the top.
Though much of the debate about head coaching decisions occur during the offseason, it seemed like an appropriate time to take a look at who should be worried about their job.  The reason here is that these coaches still have the opportunity to not only win a few more games, but also a chance to make the NCAA Tournament as any team technically has a chance to win the Big Ten Tournament.
So who should be worried?

The Hawkeyes are lined up very well for the NCAA Tournament at this point and at this point, even if Iowa did have an epic collapse and somehow missed the NCAA Tournament, McCaffery would still probably be safe.  There's an argument that McCaffery could be moved into the "some tension if things don't end well" category, but I have trouble seeing Iowa missing the postseason even if they lose out the rest of the year, which is why he is placed here.

The Terrapins have unofficially clinched their way into the postseason and are actually still in play for a share of the Big Ten regular season title.  If things went badly next year perhaps a little tension could heat up, but this seat is ice cold considering Maryland's success this season.

The Wolverines have not been a good team this season and have their work cut out even to make the NIT.  However, considering that Michigan is coming off four straight NCAA Tournament appearances, back-to-back Elite Eight appearances, and have won two Big Ten titles in the last 3 years, Beilein is about as safe as they come. 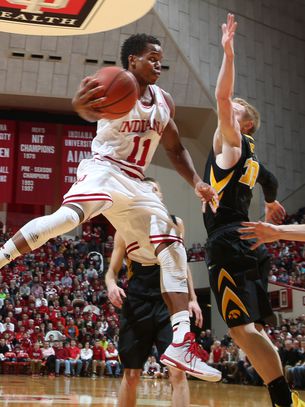 Thoughts on Indiana after their loss to Iowa.

The Spartans have been a perennial power under Tom Izzo and even in a down year remain a solid contender for a bid to the NCAA Tournament.  He is beyond safe.

The Buckeyes look pretty safe to make the NCAA Tournament this season and considering that Ohio State has been a national contender in nine of the last ten seasons.  This seat is ice cold.

Nebraska has not had a great year and have fallen apart over the last few weeks.  Not only were they considered a contender for the Big Ten championship in the preseason, but also as a pretty solid bet for the NCAA Tournament.  However, this team will likely miss the NIT.  For a lot of coaches, this could be a year that got people worried, but Nebraska is far from an elite program.  In fact, until Miles led the Huskers back to the NCAA Tournament last season, Nebraska had not made the Big Dance since 1998.  Even with a bad year, he's very safe.

The Badgers made the Final Four last year and just clinched the Big Ten championship.  Not much more needs to be said about Ryan.

Safe By Virtue of Time

The Gophers are likely headed back to the NIT for the second straight season, but given that this is only Pitino's second year with the program and third as a college head coach, he appears to be pretty safe.  There will certainly be some tension if the team doesn't perform next season, but Minnesota appears to be building a nice young nucleus that could take off next season.

Similar to Pitino, Collins has only been with his program for two seasons, but has only been a head coach for two seasons himself.  At this point, Collins could even be safer than Pitino considering that Northwestern does not exactly have the great college basketball tradition and has never made the NCAA Tournament before.

Not only has Jordan been with Rutgers for just two seasons, but he inherited a pretty rough situation with the Mike Rice firing and mass exodus of players following the scandal.  Rutgers has had a very bad season again, but until next year, it's hard not to see these two seasons as lost years.  Next year is likely when fans will start raising expectations.
More: B1G Bracketology Maryland Podcast Tourney Bracket

This one may come as a bit of a surprise as Groce is only in year three with Illinois, but his tenure with the program has largely been an issue of "what ifs."  He had the nice first season with an NCAA Tournament bid and he deserves some credit, but a first year is still a first year and this could very well be the second straight season without an NCAA Tournament bid for Illinois.  There is no doubt that Illinois still has a lot of work to do to make this a successful season.
If they can't get the job done, Groce would have two NIT appearances and an NCAA Tournament appearance with his name at Illinois.  That's not a terrible run, but it is certainly going to raise some doubts.  It's hard to imagine anything happening this offseason even if Illinois misses the Big Dance, but there would be heightened pressure for next year without a doubt.

It feels odd putting what many consider to be the Big Ten Coach of the Year in this category, but if Purdue cannot pull off at least a win or two in its last few games, it's not crazy to think Purdue misses the NCAA Tournament for the third straight season.  There's no doubt that Painter had one heck of a run from 2006 to 2012, but this rough stretch would already be at half the length of that run if Purdue misses the NCAA Tournament this season and the team could lose a good hunk of their pieces this offseason.
Again, Painter's success at Purdue earlier should remove a lot of doubt for the year ahead, but it would put a lot of pressure on 2015-16 and if things go badly, there would be even more pressure.  Even if Purdue collapses the rest of the season it's hard to imagine anything happening, but it could set up the table for a hot seat next season.

Turn Up The Heat

Indiana fans are NOT happy right now.  Not only are fans failing to show up for home games, but they are now openly chanting for another coach in Assembly Hall.  Yes, the fans aren't making the decisions, but I think this shows a lot of the unrest in the Indiana community about Crean's tenure in Bloomington right now.

The interesting thing about Crean's career at Indiana is that depending on who you ask, it's either horrible or exceptional.  He came into Bloomington amid preexisting scandal and really had to struggle to make an impact his first few years.  During these three seasons, Indiana went 28-66 overall.  For one of the Big Ten's best programs historically, that is awful.  There's no other way to break it down.  However, considering the issues that were not of Crean's making, those three years have to be taken with a bit of salt.

After that, Crean had two really good years with two Sweet Sixteens and a Big Ten championship.  That certainly got many fans to overlook the first three years, but after they missed the postseason last year and are now hovering on the bubble, the unrest has become pretty visible. 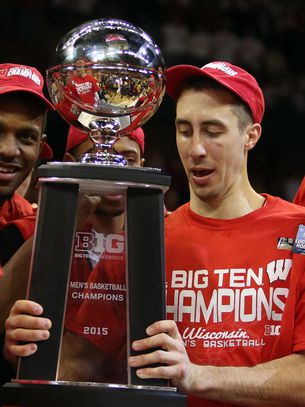 Indiana's athletic department remains steadfast that Crean is their guy, but if Indiana misses the NCAA Tournament this season, we would be talking about 2 bids in 7 years.  Preexisting issues or not, it's hard to link that kind of run with the history of Indiana's program.  If Crean can get his team into the Big Dance, it seems like he would be safe for at least one more year, but either way, the intensity is going to be sky high for Indiana next season if Crean is indeed retained as the head coach NCAA Tournament or not.

To me, this is the most interesting name on the list for the Big Ten and it's largely because I think both sides can make a pretty strong case in this situation.  Penn State is adamant that Chambers is going to remain with the program, but when you stand back and look at the situation, it makes for an interesting discussion.
This is Chambers' fourth season with Penn State and assuming that the team does not win the Big Ten Tournament, the Nittany Lions will have missed the NCAA Tournament in every year under Chambers.  Really, outside of one CBI bid, a couple of upsets, and a potential postseason bid this year, there hasn't been much to show under Chambers.  Plus, considering that he had two of the best guards in the program's history in Tim Frazier and DJ Newbill, one can make a pretty strong argument that he had pieces to work with as well.
However, on the other side, it's pretty well known that Penn State is not a blue blood basketball program.  In fact, we're talking about a program with nine NCAA Tournament bids in its history and just one since 2001.  Along with this, Chambers also had to work around the injury of Tim Frazier, play in half filled home arenas, and a loaded Big Ten the last few years.  If he had a little luck, perhaps things would have been better.  Plus, Chambers has been recruiting well for the next two seasons, which shows promise going ahead.
Given this, I think there are strong arguments on both sides.  Usually, when that is the case, the coach is retained for at least another season.  It's probably not extremely likely that Chambers is let go this offseason, but it certainly would not be an unreasonable decision and not one that would surprise too much.  Plus, if he is retained, his seat is going to be hot for next year.