Some thoughts on the opening weekend of the NCAA Tournament for the Big Ten.

The Big Ten landed a total of 7 teams in the 2015 NCAA Tournament and fans and the media alike were interested to see how the conference would perform during the opening weekend.  The conference had an inconsistent run through the non-conference slate and it would be interesting to see how things went in the Big Dance.

Overall, the Big Ten went 7-5 in the opening weekend of the NCAA Tournament and landed Michigan State and Wisconsin in the Sweet Sixteen and it appeared to be a successful weekend for the conference.

Three Thoughts On The Big Ten

The single biggest criticism about the Big Ten over the past decade has been the lack of national championship teams.  The conference seems to have at least one team capable of the feat on a yearly basis, but somehow, things have just never went right.  Since Michigan State's title in 2000, the Big Ten has put 10 teams into the Final Four and 5 in the National Championship game.  Plus, a total of 8 teams since that 2000 championship have entered the NCAA Tournament as #1 seeds.  The conference may not have had the single best team coming in every single year, but there have been plenty of quality teams since 2000 who have just failed to close the deal.

This year, there is no doubt that Kentucky is the class of the field, but that does not necessarily mean they are a lock to win it all.  The Big Ten's top team this season was Wisconsin and despite getting a scare on Sunday from Oregon, but were able to close the deal and move on to next weekend.  They still have Arizona and North Carolina in their region, but the Badgers certainly have a shot to make the Final Four.  If they get there, they would likely face Kentucky, but if there is a team that can take the Wildcats down this season, it might just be Wisconsin.  It's an extremely difficult road to even get to the title game, but the dream is still alive.

On the other side, the gates have opened for a Michigan State run to the Final Four thanks to an impressive win over Virginia and Villanova being upset.  Like Wisconsin, there will be no "gimmes" for the Spartans to make it to Indy, but if they get there, they just need two wins to get the title.  The Badgers are probably the best bet right now, but with the route MSU has ahead, a title could be in play for both and definitely for the conference.

2.  Don't Buy Too Much Into The Early Exits

On the BTPowerhouse Podcast last week, I took some time to talk about the hopes and expectations of the Big Ten heading into the opening weekend.  Perhaps the biggest thing I highlighted was the fact that the conference had a lot of bids to the Tournament, but lacked quality seeds.  Specifically, I highlighted Thursday and Friday as a potential "high water mark" for the conference due to the sheer number of 50/50 games for the Big Ten on those days. 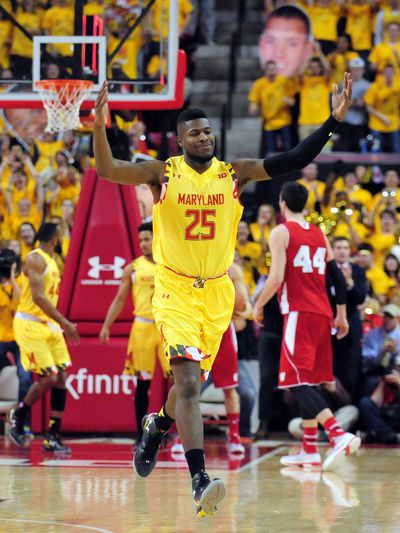 Updates on all the 2015 Big Ten teams participating in the 2015 NCAA Tournament.

The Big Ten did very well in the Round of 64 and advanced 5 teams to the Round of 32 despite teams like Iowa, Michigan State, and Ohio State being picked by many to lose their first game.  There won't be three Elite Eight teams for the Big Ten this year like last season, but the opening round was definitely much better this year, especially considering that these three teams had to battle against solid opponents to win.

The Spartans certainly were not the only team to represent the Big Ten well over the weekend, but there's no doubt that their two wins were huge for the conference.  Not only did they put a second team in the Sweet Sixteen, but they beat quality ACC and SEC teams and moved on in what is likely the most winnable region right now.

As mentioned above, the Big Ten still has a shot at a national title and to land at least a team in the Final Four, but these odds went up tremendously by getting MSU into the Sweet Sixteen.  Again, Wisconsin is probably the best bet out of the conference to win it all, but the Spartans might actually have better odds to make the Final Four simply due to Arizona being in Wisconsin's region.  If the Big Ten is going to call this a successful postseason, one would think at least one team needs to get to Indy and thanks to MSU, the league has two solid shots now.

Getting a team through to the third weekend is going to be a major challenge for the Big Ten, but the conference got a huge boost from Michigan State.  It won't single-handedly make this a good postseason for the Big Ten, but it does say a lot about the depth of the league and the number of quality teams that can get up on a yearly basis for the NCAA Tournament.