My Column: Big Ten Letting Down Fans By Not Adopting Protected Rivalries

The Big Ten's scheduling model continues to leave fans disappointed and it's time for a change.

Share All sharing options for: My Column: Big Ten Letting Down Fans By Not Adopting Protected Rivalries

On Thursday afternoon, the Big Ten released its scheduling pairings for the 2015-16 conference basketball season.  It this announcement, it was revealed that several of the Big Ten's best rivalries were only slated to have one game instead of two in the upcoming season.  It's a move that has left fans and the media disappointed.

Each season, every Big Ten team plays an 18 game conference schedule featuring 9 home games, 9 road games, and at least one matchup with every team.  Since the conference currently has 14 teams, that means that each team will play 13 teams over that 18 game slate and 13 of the 18 games are immediately solidified.

With every team out of the way, it leaves 5 games remaining to be filled.  With these 5 games, the Big Ten schedules each team for 5 repeat or "double-play" opponents.  For instance, Michigan's double-play teams this season were Illinois, Michigan State, Northwestern, Ohio State, and Rutgers.  The Wolverines played (or will play) those 5 opponents twice this season in the regular season and will face the remaining Big Ten teams just once.

The basics are pretty simple, but as quickly becomes obvious, some of those double-play games are more exciting than others.  For instance, take a look at Michigan.  They have well known rivalry games with Michigan State and Ohio Stat, but don't nearly have the same history with Illinois, Northwestern, or Rutgers.  It would seem logical that the Big Ten would want to use the double-plays to schedule rivalry games, big matchups, and other intriguing games, but at this time, there is no preference, regardless of its impact on rivalry games.

There are many, many reasons why this is a bad approach to Big Ten scheduling, but today, I want to focus on one group in particular: the fans.  The biggest losers in the Big Ten's decision - yes, it is a decision - to use this scheduling model are the fans.

Ask any fan about what teams they want to see their team play in the Big Ten and 100% of the time they are either going to point to the top teams in conference or to rivals.  Not all rivalries are created equal, but ask Purdue fans about facing Indiana at home.  Ask Ohio State fans about facing Michigan in Columbus.  These are the marquee games that every fan circles on their calendar before the season and are also the ones that get people to turn on their televisions, buy tickets, and excited about games in general, especially if their team isn't necessarily the best that year.

Why water down the product? It just doesn't make sense. -Thomas Beindit, BTPowerhouse

Look at Indiana vs. Purdue last season.  Neither team made the NCAA Tournament, but ask any Purdue fan about last year and they'll tell you, "Well, at least we beat Indiana."  Even when the teams aren't great, these games matter.

During my time at the University of Michigan, I got to experience some great rivalry games.  We were very good some years and pretty bad other years, but I'll say one thing.  Crisler Arena (that's what it was called when I was there) was always jacked up for when the Buckeyes or Spartans came into town.  That's just how rivalries work.  Whether the teams are good or bad, the rivalries bring the best out of the teams and the fanbases.

Unfortunately, thanks to the Big Ten's scheduling policies, Michigan didn't even get a home game last year against arch-rival Ohio State.  The Wolverines certainly had plenty of quality home games in Big Ten play, but having a home schedule without the Buckeyes still took some of the luster off the slate.  This was even more evident for what many consider to be the Big Ten's best rivalry game with Indiana and Purdue.  Last season, the Hoosiers didn't get a home game against arch-rival Purdue.  Again, Indiana faced plenty of good teams last season, but its schedule certainly didn't have that same pop without a chance to take down the Boilermakers in Bloomington.

Fans aren't going to burn their season tickets over this, but this does matter.  Rivalries are college basketball.  It's one of the biggest things that separate the college game from the professional game.  Why water down the product and why give fans another reason to not purchase tickets when ticket sales are declining across the board in sports?

But what's the solution?  It's easy to get on a soapbox and offer criticism, but it's another to offer a solution.  How can the Big Ten fix this issue which is taking away some of the best games of the Big Ten season on a yearly basis?

To me, there are two ways to adequately address this issue.  The first way would be to set up divisions in the same way the Big Ten sets up divisions in football.  This way, you can designate 6 other teams as your double-plays per season instead of randomly selecting them.

The other significant issue with divisions is that it would gradually lead to massive schedule inequities.  When you're talking about adjusting 5 to 6 games of conference play, that's going to have a significant effect and there's no easy way to set up the divisions to avoid this issue.  With that, this probably isn't the best option.

More: WWL: MSU at MICH How Dekker Got His Groove Back B1G Recruiting

The other--and what I believe is the better option--is to protected specified rivalry games.  Instead of having to deal with the major implications of divisions, the conference could take a look at the best rivalry games and require that they be scheduled as a double-play each season.

Here are the rivalries that I would recommend:

In total, that's 7 rivalries and really, 7 games per season that would be impacted if the Big Ten protected these games.  By doing this, I think you would satisfy 90% or more of Big Ten fans.  Sure, there are some "rivalries" between teams like Illinois and Indiana that some would want protected, but I think with this group, you hit the vast, vast majority of fans concerned about this, avoid having to protect too many games, and avoid impacting the traditional schedule rotation too much.  Instead of impacting 5 games a season for every team, you would be impacting 7 games for the entire conference.  This is a much easier way to compromise and address both issues.
Of course, there are still many criticisms to this approach.  Let's take a look at a few of the biggest ones.

What About Its Impact On Schedule Difficulty?

There's no doubt that some teams are going to get the raw end of this deal.  Perhaps the team impacted the most would be Michigan, who would have to face historically good MSU and OSU programs twice every year.  This could be tough, but ultimately, you're still talking about 2 out of 18 games and in some years, you might actually avoid a tougher second game, like as Michigan did this year by avoiding Wisconsin on the road.  Plus, it also means that you get the chance to take down two rivals at home and if they're good, scoring two marquee wins at home.  Essentially, by keeping this to just 7 rivalries, you really minimize this risk.

What About Teams Without Rivalries? 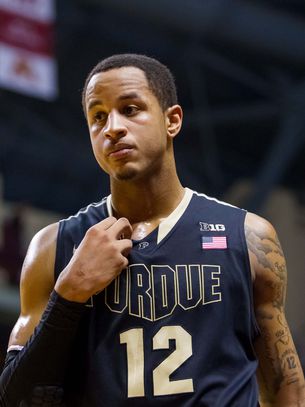 BTPowerhouse Editor-In-Chief Thomas Beindit answers questions about the Big Ten Tournament, scheduling, Penn State, and Purdue.
If you noticed, among the 7 rivalries I listed, there were 4 Big Ten teams that I failed to list.  These teams were Maryland, Nebraska, Penn State, and Rutgers.  I would address this in two ways.  First, you can talk up certain games all you want, but year in and year out, the rivalries just aren't there.  There's no reason we need to create additional rivalries so everybody feels good about themselves.  Nebraska might not have an established rivalry right now, but that doesn't make them a bad team or program.  Accepting this makes this fact would make this process easier on everyone.
The other way I would address this is simple.  Reevaluate the rivalries every few years.  One rivalry that I think we can already see emerging is one between Maryland and Penn State.  In 5 years, that rivalry might deserve protection, but it's not there yet.  If it develops enough history to deserve it, protect it.  There's no reason that the Big Ten can't adjust if new rivalries do emerge.  If Nebraska develops something with Iowa, protect it.  Otherwise, let them rotate traditionally.

What About Schedule Rotation?

There's no way that I can claim protecting these rivalry games would mean that Big Ten teams across the conference would play more often.  In fact, you would probably see games like Iowa against Michigan less often.  However, it also needs to be noted that with this system, every team would still play everybody at least once.  Indiana would still play all 13 teams.  You just might not see Indiana get Rutgers as a double-play as often.  There are going to be some years when this is a letdown, such as Ohio State only playing Wisconsin once this year, but overall, you are going to get better matchups on a yearly basis by guaranteeing 7 rivalry games that you would not be guaranteed otherwise.

Big Ten scheduling is certainly not a simple issue to address, but the current system isn't working.  Every year that fans miss out on an Indiana vs. Purdue or Michigan vs. Michigan State game is a shame.  There are other options on the table and the Big Ten's decision to continue with its strict scheduling model is unproductive and ensures that this issue will continue.

There are a lot of people losing out with the Big Ten's scheduling model, but the biggest losers in this whole situation are the fans and the Big Ten only has itself to blame.