With all the breaks this week, there wasn't a ton of action across the Big Ten. Even so, there were some important games and developments over the last week. Along with that, this was essentially the last week of non-conference play for the conference with just a few select non-conference games remaining. As such, these rankings should offer a very intriguing look at the conference.

The Spartans only had one game this week and it was an intriguing in-state battle with Oakland on a neutral court. On paper, the game looked relatively one-sided. However, once Michigan State lost Denzel Valentine, things looked far more interesting. Ultimately, it ended in a 99-93 overtime thriller where both teams played pretty well, but the Spartans came out on top.

Overall, Michigan State was the unanimous selection at No. 1 in the rankings. Last week, the Spartans had well over 90 percent of the first place votes, but it appears many are more convinced than ever that Michigan State deserves the top spot. Maintaining that will be tough this week with Iowa and Minnesota on the road.

The Boilermakers had a major matchup on Tuesday at home against Vanderbilt and the game lived up to the hype. In a physical battle of two teams with quality frontcourts, AJ Hammons helped lead Purdue to a huge win. With the victory, Purdue now sits at 12-1 overall with four wins against top 100 teams and all 12 wins by at least 10 points. The loss to Butler was disappointing, but the Boilermakers certainly look like a great team after 13 games.

For the second week in a row, the Boilermakers received no first place votes. Nonetheless, Purdue moved up in the rankings and could do it again with Wisconsin on the road and Iowa at home this week.

The Terps also only had one game this week with a home game against Marshall on Sunday. Though the Thundering Herd weren't a great opponent, it was a chance for Maryland to show its worth yet again. The Terps are still far from perfect, but the team improved to 11-1 with its win over Marshall and has won its last five games by at least 10 points. As such, it's not hard to think that the Terps are trending up.

After receiving one first place vote last week, the Terps received none this week. Maryland will have a chance to elevate its status with Penn State at home and Northwestern on the road.

The Hawkeyes faced Tennessee Tech on Tuesday and scored a nice 85-63 win to improve to 9-3 on the year. Though the Golden Eagles were only No. 226 nationally on KenPom, it was another convincing win for Iowa and kept the Hawkeyes perfect at home.

Perhaps what's most important is that Iowa has put together a really solid resume through non-conference play. There isn't much doubt that the Hawkeyes don't have the wins to match the top three Big Ten teams right now, but Iowa has won some legitimate games already and all three losses came against quality teams. Iowa gets huge showdowns with Michigan State at home and Purdue on the road this week.

The Hoosiers had a relatively uninteresting game this week against Kennesaw State at home. Ultimately, Indiana moved on with a 99-72 win and pushed its win streak to five games. There's certainly still some hesitation to buy too much into this team, but Indiana has played well at home and the win over Notre Dame certainly helps to legitimize its resume heading into conference play. Indiana gets Rutgers and Nebraska on the road this week and a big opportunity to get wins away from home.

The Wolverines scored a pretty easy win against Bryant on Wednesday and pushed the team's record to 10-3 overall. It was a mixed performance for Michigan overall in non-conference play, but one that still leaves some hope for Big Ten play. Michigan will get Illinois on the road and Penn State at home this week. If Michigan can find a way to win both games, it would go a long way toward helping to build the team's resume. Neither of the two teams is great, but both are good enough that the games matter.

The Wildcats only had one game this week and scored a win over Loyola (MD) on Sunday night. The game was not supposed to be competitive on paper, but after big man Alex Olah went down with injury, things became far more interesting. Northwestern did score the win and as such, moved to 12-1 overall. The 12-1 record is really nice on paper, but it came with no convincing wins and still leaves plenty of questions about the Wildcats heading into the Big Ten. Now, Northwestern will get Nebraska on the road and Maryland at home this week with two real opportunities to show that the Wildcats are more than a team built on a weak schedule.

The Buckeyes really didn't have any major tests this week with just Mercer and South Carolina State at home. Nonetheless, Ohio State continued its rise and positive momentum. In fact, the Buckeyes have now won four games in a row and six of the team's last seven games, including a huge win over Kentucky. Though Ohio State still has a few rough losses on its resume, the team is 8-5 coming out of non-conference play and looks to be in position to do some damage in conference play. Ohio State gets Minnesota and Illinois at home this week.

The Badgers were the focus of much of the league this week as new interim head coach Greg Gard coached his first game as the team's head coach. Ultimately, Wisconsin grabbed an 84-79 win over Green Bay in a game that looked to be in the bag until late in the game when some turnovers made things interesting. Nonetheless, Gard and Wisconsin hope that the team can improve before it has to face Purdue and Rutgers at home this week.

The Nittany Lions headed out west this week and came away with a tight loss to Colorado and a win over Kent State. With those results, Penn State wrapped up non-conference play with a 9-4 overall record. There's no doubt that some of those wins were against pretty weak opponents, but Penn State has gradually built itself a decent record. 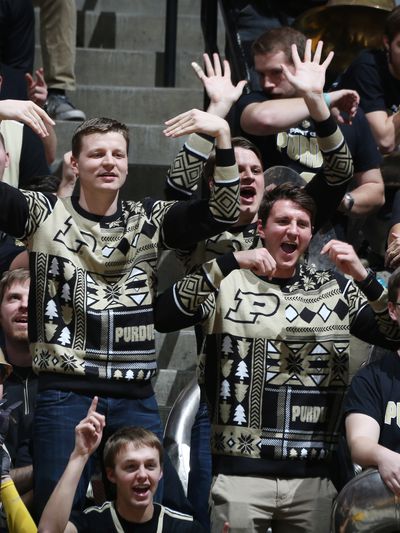 BTPowerhouse looks at what each Big Ten team should want for Christmas.

The Illini had the annual Bragging Rights game against Missouri last week and though it was a bit closer than fans might have wanted, Illinois did end up grabbing the win. With the victory, Illinois sits at 8-5 overall and has seven wins in the team's last nine games. This week, the Illini get Michigan at home and Ohio State on the road in a big opportunity to add two wins to the team's resume.

The Huskers only had one game this week and rebounded from its devastating loss to Samford by knocking off Prairie View A&M at home. Overall, Nebraska is now 8-5 with a pretty underwhelming resume. As such, if the Cornhuskers are going to get back on track, the team is going to need to start grabbing some key wins. This week, Nebraska gets Northwestern and Indiana at home and desperately needs to at least split the games.

The Gophers had one game this week and lost in brutal fashion to Milwaukee at home. Overall, this was Minnesota's fourth loss in five games and it's third home loss already this year. Heading into conference play, Minnesota sits at just 6-6 overall and looks headed for another rough year. The Gophers will face Ohio State on the road and Michigan State at home this week.

The Scarlet Knights avoided disaster this week with a comeback effort against Fairleigh Dickinson at home. During the game, I actually threatened to remove Rutgers from these power rankings if the team lost. Luckily, Rutgers was able to score a 72-64 win over the No. 264 team on KenPom. This week, Rutgers gets UMass Lowell and Indiana at home and Wisconsin on the road.