The Big Ten May Be Down, But That Shouldn't Cheapen The Conference Race

Things are set to be very exciting in the Big Ten this year.

Share All sharing options for: The Big Ten May Be Down, But That Shouldn't Cheapen The Conference Race

In the same week that Big Ten teams have gotten beaten by Monmouth and Samford at home, others have scored massive wins over teams like Kentucky, Northeastern, Notre Dame, and Vanderbilt. It's been a rare mix of good, bad, and everything in between.

And really, that's a good description for this entire Big Ten season so far. On one night, the conference will look like it might be the best in the country and on another, it will look like possibly the weakest Power 5 conference out there.

Mentally processing these events gets tougher by the day.

Of course, there still is a lot to like about the conference. Michigan State is ranked No. 1 and is undefeated. Maryland and Purdue have each lost a game, but both look like top 10 teams that could be in position for really good seeds in March. Even Iowa hasn't been half bad and is sitting at 9-3.

Unfortunately, the rest hasn't been quite so good.

To start, the middle of the conference seems absolutely wide open. Indiana, Michigan, and Wisconsin have all seen mixed results so far and though Northwestern has improved to 11-1 overall, the Wildcats have played one good team. The Hoosiers might be the safest bet out of that group and Indiana already has three losses. 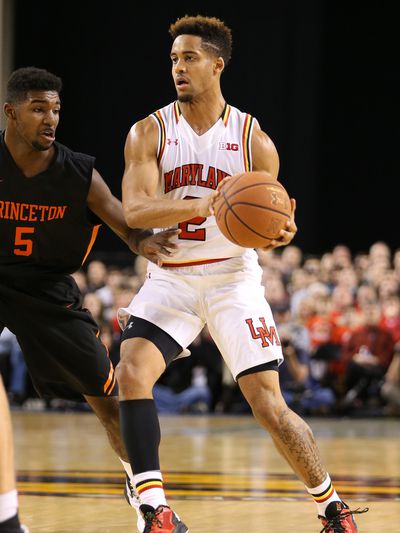 The remainder of the conference has been extremely underwhelming. Illinois, Minnesota, Nebraska, and Ohio State has all suffered massive upsets and each already has five losses this year. Penn State might be a bit better than some thought, but the Nittany Lions are 8-4.

And of course, Rutgers has been a nightmare. The Scarlet Knights are 4-7 overall and are ranked No. 265 nationally on KenPom. If you buy into KenPom's ratings, Rutgers is the worst team of any Power 5 conference. Along with that, Rutgers is ranked lower than anyone in the A10, American, or Big East except for South Florida.

No conference is perfect and there are always some weaker teams, but the unusual mix in the Big Ten has really led to a conference that's tough to sort out. I mean, just consider the fact that the No. 1 team in the country plays in the same conference with the worst team in any Power 5 conference. That's telling as to how to view this year's Big Ten.

So, where am I going with this and why should anyone care?

My point here isn't to argue that the Big Ten is great, bad, or even average, but rather to highlight just how open and crazy this year's conference is shaping up.

Outside of last place, every spot in the conference is unsecured. Sure, the Spartans have been great, but would it be surprising to see Maryland grab the top spot? Or even Purdue? Not really. Move down to the middle and bottom and the same thing happens. A bunch of teams and no answers.

Who wins? Nobody knows and that's why this conference race should be as fun as ever.