The Big Ten is coming off a mixed week of action as most teams prepare to take some time off for exams. December doesn't necessarily have a lot of marquee matchups across college basketball, but there are certainly enough to keep things interesting and the Big Ten had a few of its own last week. Unfortunately, teams like Michigan, Nebraska, Ohio State, and Wisconsin didn't have a whole lot of luck in those games.

The Spartans played two games last week and the results stayed the same this week. Michigan State went 2-0 and pushed its overall record to 11-0. Notably, the Spartans got a key win over Florida at home on Saturday in a game that was pretty competitive for its duration. Ultimately, Michigan State's defense was able to make the plays and push the Spartans over the top for the win.

Overall, Michigan State received 81 percent of the first place votes this week. Considering that Michigan State should remain No. 1 nationally in the polls this week, expect the Spartans to remain here until the team loses a game. This week, Michigan State gets Northeastern on the road and Oakland on a neutral court.

The Boilermakers had three relatively uninteresting games this week against IUPUI, Howard, and Youngstown State and were able to score wins in both games to push Purdue to 11-0 on the season. This is the best start for Purdue since the 2009-10 season and things could be shaping up for a great year.

Overall, Purdue received 19 percent of the first place votes. The good news is that with a key showdown against Butler this week, it's not hard to see the Boilermakers making a push for No. 1 with a win.

The Terps had one of the better weeks in the conference and is looking like a team rounding into shape. Maryland scored a win over Connecticut on Tuesday in an exciting game and followed that up by taking care of business against Maryland Eastern Shore at home on Saturday. Maryland now sits at 9-1 overall with the lone loss coming to North Carolina in a thrilling road game.

Overall, this was the second week in a row where Maryland failed to get a first place vote. With just one game against Princeton this week, expect that to remain the same for Maryland without some help from above.

The Hawkeyes had two games last week and split the matchups with a win over Western Illinois at home and a brutal loss to in-state rival Iowa State on the road. Generally, there would be nothing to be ashamed about in losing to a quality Iowa State team on the road, but the fact that Iowa was up massively and had well over 95% odds to win the game with roughly a minute remaining makes the loss almost incomprehensible. But so goes college hoops.

Overall, Iowa now sits at 7-3 overall and actually has a pretty respectable resume at this point. If the Hawkeyes can take care of business against Drake this week, the team would have a great shot of closing out the non-conference slate with just three losses.

The Hoosiers had a solid, but quiet week overall with two wins over IPFW and McNeese State at home. At this point, Indiana continues to play very well at home, but still remains a question mark against better teams and away from Assembly Hall. Fans will get a better idea this week as Indiana will face Notre Dame on a neutral court in the Crossroads Classic. It will be a chance for Indiana to score its best non-conference win of the year.

The Wolverines continued the team's odds pattern of failing to show up against good teams and responding with dominating wins over bad teams. On Tuesday, Michigan got dismantled on the road against SMU in likely the team's worst game of the year and responded on Saturday with an 80-33 blowout of Delaware State at home. Michigan sits at 7-3 overall and is one of the more perplexing teams in the conference. At points, Michigan has looked great, terrible, and every phase in between. This week, Michigan will get Northern Kentucky and Youngstown State at home.

The Wildcats continue to build a resume week-by-week and game-by-game. Though this is true for most teams, this is especially true for Northwestern as the team continues to face relatively underwhelming opponents. Northwestern knocked off a win over Chicago State at home on Sunday to push the team's record to 8-1 overall and though Northwestern has yet to have a great win this year, going 8-1 isn't a gimme. This week, Northwestern will get Mississippi Valley State at home and DePaul on the road.

The Badgers had a very rough week with two losses to in-state opponents at home. Both games were very competitive, but Wisconsin just never had enough to put the games away. The good news is that Milwaukee and Marquette aren't terrible teams. Each has a decent shot to do something this year. However, neither team is great either and Wisconsin now sits at 6-5 overall. This week, Wisconsin only has one game against Texas A&M Corpus Christian at home. The Badgers desperately need a win.

The Huskers had a nice week for the team despite only going 1-1 in its two games. On Wednesday, Nebraska was handled pretty easily on the road against Creighton, but responded by knocking off a pretty solid Rhode Island team at home. Both opponents are probably better teams than Nebraska and to add at least one more quality non-conference win to the resume is a big deal. Nebraska is just 7-4 overall and making the NCAA Tournament would require some substantial improvement, but if the team can take care of business against Samford and Prairie View A&M, there's a decent chance Nebraska enters Big Ten play without a bad loss.

The Buckeyes have now made it to mid-December and still have a losing record on the year. It's been a horrific start to the year and last week wasn't much different with a win over an underwhelming Air Force team at home and a loss to Connecticut on the road. On the one hand, Ohio State has been competitive in most of its losses so far this year, but at the end of the day, they were still losses. 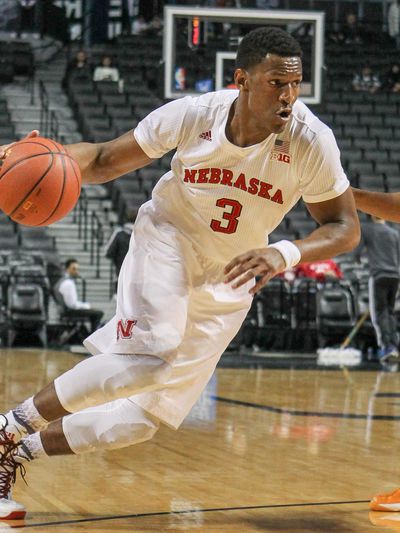 BTPowerhouse breaks down the 2015-16 Big Ten Player of the Year race.

The concerning thing is that with just a handful of non-conference games remaining, it's very likely that Ohio State will enter Big Ten play without a quality win barring an Ohio State win over Kentucky on Saturday. Considering that the Wildcats are perceived to be one of the nation's top teams, it will be no easy task. Ohio State will get a tuneup game against Northern Illinois on Wednesday before the matchup with Kentucky.

The Illini officially have a winning record for the first time this season in BTPowerhouse's weekly power rankings and it comes after wins over Yale and UIC last week. Illinois still has a lot more work to do if the team has any chance of reaching its postseason goals, but with a matchup against South Dakota on Saturday, there should be at least some time for the team to improve its health.

The Nittany Lions had a decent, but not great week. Though Penn State lost on the road to a solid George Washington team on Tuesday, the team responded with wins over Canisius and Louisiana Monroe later in the week. Penn State now sits at 7-3 overall and will face Drexel on the road this week. The Nittany Lions are actually considered an underdog in the game according to KenPom, so grabbing a win would be huge.

The Gophers had a rough week with losses to South Dakota State at home and Oklahoma State on a neutral court. Though South Dakota State is actually a pretty solid team, Oklahoma State isn't great and considering that neither game came on the road, losing both games is just a brutal blow to Minnesota's resume. Now, the Gophers sit at just 5-5 overall and are riding a three game losing streak. With Chicago State at home this week, perhaps Minnesota can get back on track.

The Scarlet Knights once again had an underwhelming performance this week. The week started well with a win over Central Connecticut on Tuesday, but finished with a 34 point loss to George Washington to drop Rutgers' record to just 4-6 on the year. Rutgers has no wins over a team in the top 230 on KenPom this season and will be a six point underdog to Monmouth at home on Sunday according to KenPom. Needless to say, it hasn't been a great start to the season for Rutgers.

(Editor's Note: An earlier version stated that Purdue only played two games last week. It has been corrected.)