With another week in the books and the major non-conference tournaments finished, BTPowerhouse returns with its third set of Big Ten power rankings for the 2015-16 regular season. The conference had a mixed week with some teams like Michigan State and Purdue continuing to roll and teams like Ohio State and Rutgers struggling.

The Terps played three games this week including two in Cancun with mixed results. Maryland actually did go 3-0 during the three games, but the Illinois State and Cleveland State games were certainly more competitive than most hoped. However, in the matchup with a solid Rhode Island team, the Terps looked like a true national contender.

Overall, the Terps received 20 percent of the first place votes. Now, Maryland will move on and face one of the best teams in the country on the road in North Carolina. The game is anticipated to be the major clash in this year's Big Ten-ACC Challenge and should keep fans excited. Maryland also faces St. Francis PA on Friday.

The Boilermakers had a pretty quiet week, but did record a win over Lehigh on Saturday. The game was touch and go for awhile, but Purdue still ended up winning by 22 points. As of Monday, Purdue's closest game still remains its 15 point win over Florida. Not exactly a bad stat.

Overall, Purdue received 10 percent of the first place votes. This is going to be a key week for Purdue as the team gets Pittsburgh on the road on Tuesday and New Mexico at home on Saturday. These are two quality teams and if Purdue is able to sweep the two games, the team might finally start getting the recognition it deserves.

The Hawkeyes didn't have an outstanding week, but did have a solid enough one to move up. Iowa went 1-2 on the week, but had losses to quality Dayton and Notre Dame teams and blew out Wichita State on Sunday. Really, it wouldn't be shocking to see all three of those opponents in the NCAA Tournament and the Hawkeyes played well.

Overall, Iowa is now sitting at 4-2 on the season with wins over Marquette and Wichita State on its resume. If the Hawkeyes can score wins over a solid Florida State team and UMKC this week, Iowa would be sitting pretty eight games into the season.

The Wolverines had a good, but not great trip to the Bahamas during the Battle For Atlantis this week. Michigan went 2-1 with wins over Charlotte and Texas and the only loss came to a top 25 Connecticut team. Now, the Wolverines will get a major challenge this week with North Carolina State on the road. Michigan is sitting somewhere outside the top 25 range and a win might be enough to get the team back in the top 25 conversation. Michigan also gets Houston Baptist on Saturday.

The Hoosiers were hoping for a thrilling trip to Maui heading into last week and instead got a massive disappointment. Indiana went 1-2 in Maui with losses to Wake Forest and UNLV and the lone win coming against an underwhelming St. John's team. It was a substantial blow to what Indiana was hoping to achieve in the event. This week, the Hoosiers get an underwhelming Alcorn State team at home and on Wednesday, the team goes on the road to face Duke.

The Wildcats went 2-1 this week and actually had a pretty good performance despite the loss. The team had wins over Missouri and New Orleans and had the sole loss coming against a very talented North Carolina team. Northwestern still looks a step below the good teams, but should still be good enough to rack up some wins. Northwestern will face Virginia Tech on the road and SIU Edwardsville at home this week.

The Huskers may have only gone 2-1 on the week, but the team actually performed really well. Nebraska got wins over Arkansas Pine Bluff and Tennessee by double-digits and narrowly lost to an undefeated Cincinnati team on a neutral court. Though Nebraska still hasn't shown it's anywhere close to being a great team, it has shown that it can be competitive and beat decent teams. Nebraska gets a very good Miami (Fl) team at home on Tuesday and Abilene Christian at home on Saturday.

The Badgers went 1-1 last week, but had a pretty underwhelming performance. Wisconsin picked up an easy win on Wednesday against Prairie View A&M, but got handled pretty easily on the road against a top 10 Oklahoma team. The Badgers now sit at 4-3 overall and have a brutal week with Syracuse and Temple on the slate. If Wisconsin is going to make some NCAA Tournament noise this season, splitting this week would be huge.

The Buckeyes continued the disappointing season with two more losses this week. The first came at home on Tuesday to Louisiana Tech and the second came on Friday in overtime to Memphis. Neither opponent is terrible, but neither is great either. Both left real blows to Ohio State's long-term hopes. 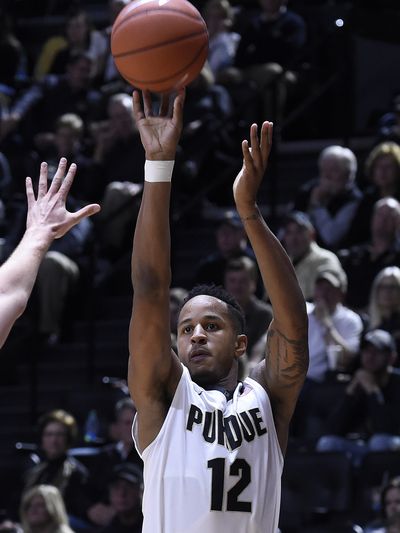 Ohio State now sits at 2-3 overall and gets Virginia on Tuesday and VMI at home on Saturday. The odds will be slim, but Ohio State will have to hope to play spoiler against Virginia this week.

The Gophers only had one game this week and it was a home matchup with Nebraska Omaha on Friday in a game that was far too close for comfort. Minnesota now sits at 4-2 overall with no quality wins on the resume at this point. Minnesota will not have a huge week with Clemson at home on Monday and South Dakota at home over the weekend. These are games that the Gophers need to find a way to win.

The Illini are finally starting to look like a decent team. Illinois got Kendrick Nunn back and beat a respectable UAB team pretty easily on Friday and narrowly lost to a very good Iowa State team on Saturday. In fact, if Mike Thorne hadn't gotten banged up, the Illini might have beaten Iowa State. This team looks better, but is still at 3-4 and desperately needs to win games. Illinois gets Notre Dame and Western Carolina at home this week.

The Scarlet Knights are 3-3 on the year and have reached that record in unimpressive fashion. The three wins came at home to uninspiring teams and the three losses weren't terrible, but two came by double-digits on neutral courts and one came to an underwhelming St. John's team. Rutgers will get solid Wake Forest and Seton Hall teams at home this week. If Rutgers can even split, it would be a huge boost to the team.