With the college basketball season officially starting last week, BTPowerhouse returns with its second set of Big Ten power rankings for 2015-16. The conference scored some solid wins over the weekend, but also suffered some rough upsets, putting things in a spot to be very exciting this season.

With that, here are BTPowerhouse's week one Big Ten power rankings.

The Terps opened the season as the Big Ten's preseason favorite on Friday night and moved to an easy win over Mount St. Mary's. Really, it was a team effort with five players scoring in double-digits and Jake Layman leading the way with 16 points. Of course, not many perceptions are likely going to be shaped by a win over a team ranked No. 191 in KenPom.

Luckily, Maryland will get two opportunities this week to start building its resume and prove that it belongs as one of the best four of five teams in the country. The Terps will get a home game against rival Georgetown on Tuesday night and a game against Rider on Friday. Rider is not a great team, but is stronger than Mount St. Mary's on paper, giving the Terps a shot at notching a decent win.

The Spartans also got a pretty easy opener on Friday night, matching up against Florida Atlantic. Michigan State was clearly the better team and was able to win the game by a final score 82-55. All told, four Spartans scored double-digits, including Matt Costello and Deyonta Davis in the frontcourt. If Michigan State's frontcourt can continue playing that well, this could be a very exciting season in East Lansing.

Of course, fans are going to have a much better idea about Michigan State soon. The Spartans get a showdown with Kansas on Tuesday night. The Jayhawks are viewed as one of the nation's top teams heading into this season, so seeing how Michigan State performs will be telling. The Spartans also get Arkansas Pine Bluff at home on Friday.

The Hoosiers dominated in the team's opener against Eastern Illinois by a final score of 88-49. Six players for Indiana scored in double-digits, including Max Bielfeldt and Thomas Bryant. Indiana struggled significantly in the paint last year, so seeing production out of Bielfeldt and Bryant was a great sign. Of course, the backcourt also performed well.

This week, Indiana will get matchups with Austin Peay and Creighton. Admittedly, neither team is expected to be outstanding this season, but Creighton is at least viewed as respectable. If the Hoosiers can score two solid wins, it would go a long way toward building an NCAA Tournament resume.

The Boilermakers scored two wins last week in absolutely dominating fashion. Neither team was competitive in the slightest and Purdue did it all without arguably its best player in AJ Hammons. Additionally, Vermont is actually considered to be a respectable team, making Purdue's dominating win over the Catamounts even more impressive.

Purdue won't get any major games this week to prove itself, but a matchup with Old Dominion on Saturday does look particularly intriguing. It would be another chance to score a resume-building win in a game where the Boilermakers will be pretty substantial favorites.

The Wolverines opened the season on Friday night at home against Division II school Northern Michigan. With the return of Caris LeVert and Derrick Walton from injury, Michigan looked to be closer to what it was in 2013-14 than what it was last season. Michigan will get intriguing matchups against Elon and Xavier this week. With two wins, the Wolverines would be able to add more legitimacy to its spot at No. 5 on these rankings.

The Hawkeyes had a rough upset during exhibition play, but got off to a good start in the regular season with two opening wins against Gardner Webb and Coppin State. Both Dom Uhl and Jarrod Uthoff have played well so far and with a young and developing wing group, there could be even more to come. The Hawkeyes will get a major challenge this week when the team goes on the road to face Marquette.

The Buckeyes had a bit of a delayed season opener on Sunday against Mount St. Mary's, but did get off to a good start with a 76-54 win. Though Ohio State did get a solid win, there were certainly some concerns. The Buckeyes finished with 18 turnovers and had some rough defensive stretches. The good news is that true freshman JaQuan Lyle finished with 12 points, six rebounds, and three assists. Ohio State gets Grambling State and UT Arlington this week.

The Wildcats had a mixture of news last week. Northwestern was able to beat UMass Lowell at home in pretty convincing fashion, but lost key returner Vic Law for the season. It was a big blow to a team that could have an outside shot at this year's NCAA Tournament. Now, Northwestern will look to continue its momentum from its season opener against Fairfield and Columbia this week.

The Badgers suffered a horrible upset in the team's season opener on Friday night at home against Western Illinois. Whether this was a fluke or a trend is still up in the air, but Wisconsin did score a home win on Sunday against Siena. Fans will get a pretty quick answer on where Wisconsin stands as the Badgers will take on Georgetown on Friday with a potential matchup against Duke or VCU following.

The Gophers opened the season on Friday night with a solid win over UMKC and a win on Sunday afternoon against Louisiana Monroe. Neither opponent was expected to be great this year, but both were solid wins and neither was incredibly close, which is what most fans want to see from these type of games. 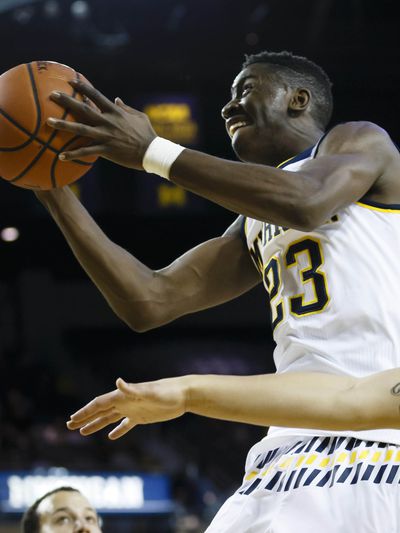 Of course, things will get a lot tougher this week. Notably the game against Temple on Thursday night to start the Puerto Rico Tip-Off. If Minnesota is fortunate enough to beat Temple, it's looking at potential matchups with Butler in its second game and Utah in its third game. Needless to say, things won't be easy.

The Huskers did what the team was supposed to on Saturday, recording a solid win over Mississippi Valley State. However, things will get much, much tougher this week. The big game will be Villanova on the road on Tuesday. The Wildcats are expected to be a national title contender, so it's going to be tough to see Nebraska getting the road win. Nebraska will also face Delaware State at home on Thursday.

The Illini opened the season on Friday night with a brutal loss to North Florida. Though North Florida actually isn't that bad of a team, it was still a rough loss for a team that appeared to be sitting on this year's NCAA Tournament bubble. Luckily, Illinois was able to respond with a win over North Dakota State on Sunday. Now, Illinois is faced with two more challenging games this week against Providence on the road and Chattanooga.

The Nittany Lions got a solid home win on Saturday over what appeared to be a decent VMI team. It wasn't a great win, but it was one that might give the team a nice boost at the end of the year. Now, Penn State is going to play two more teams that look at least decent in DePaul at home and Duquesne on the road. Neither game is a gimme for Penn State, but scoring two wins could be huge for the team's resume.

The Scarlet Knights are 2-0 on the season, but one of those wins came in an ugly victory over Rutgers-Newark on Friday night where Rutgers trailed for significant portions of the game. Rutgers was missing a few players for large portions of that game and looked better against Howard, but it's hard to be too high on this Rutgers team. The Scarlet Knights get St. John's on the road and Central Arkansas at home this week.