IU adds some much needed firepower to a team that lacked a consistent deep threat last season.

The world of basketball recruiting is constantly turning, and even in the middle of the summer many teams around the country are looking for any edge they can get to sure up their roster for the coming season.

Tom Crean and Indiana, in a continuing effort to address a critical weakness in their squad last season, have officially added Illinois State redshirt junior transfer Nick Zeisloft to the 2014-2015 Hoosiers roster. Zeisloft is a 6-4, 185 lb. marksman that spent the past two seasons on middling Redbirds' squads.

Proud to be a part of @IndianaMBB! Can't wait to get on the court with my new teammates! #Hoosiers

Adding shooters to the roster that can space the floor has been of the utmost priority for Crean and his staff in the offseason. Zeisloft hit 60 threes last season, which is nearly as many as Indiana's second through fourth ranked three-point shooters hit (67) combined. Yogi Ferrell (88 three's made), Zeisloft and incoming freshmen James Blackmon, Jr., Robert Johnson and Max Hoetzel will add a much needed element to a Hoosier offense that ranked 244th in the nation in made threes last season. 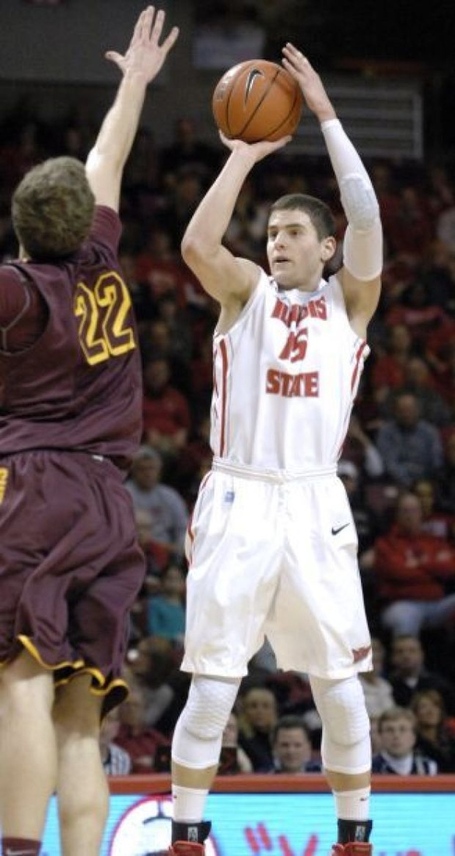 Zeisloft only averaged 5.8 shots per game last season, 5.0 of which were launched from behind the arc. Zeisloft is unlikely to be used as a lead ball-handler in most situations -- he averaged only 6.1 possessions per game in 2013-2014 -- but he rarely makes any grievous mistakes with the ball, committing only 20 turnovers in 34 games played last season. The shooting specialist ranked fifth in the Missouri Valley Conference last season in turnover percentage at 8.7%, in addition to ranking eighth in the MVC in both three-point field goals made and attempted.

Zeisloft, who will be finishing his undergraduate degree at ISU this summer, will enroll in the Indiana University graduate School of Business and have two years of eligibility remaining. Zeisloft is regarded as a hard worker both on the court and in the classroom, which should provide some much needed maturity and stability to a team filled with fresh faces and collegiate inexperience. Indiana will be one of the few teams in the nation without a single senior on its roster in 2014-2015.