Michigan's Derrick Walton, Jr. should bring more to the table in sophomore season

Last year, Michigan Wolverines point guard Derrick Walton, Jr. showed flashes of brilliance. In his sophomore year, he looks to turn those flashes aside and piece it all together.

Share All sharing options for: Michigan's Derrick Walton, Jr. should bring more to the table in sophomore season

The city of Detroit, Michigan has the distinction of housing several of The Great Lakes State's most notable basketball players. Chris Webber, Jalen Rose, Chris Douglas-Roberts, Dave DuBusschere and "The Iceman" George Gervin are five of The Motor City's finest hoopers who have made a name for themselves whether it be on the college or professional circuit, with many more both past, present and future to list.

On Friday, November 8, 2013 another roundball rocker reached the destination that both Webber and Rose were able to in the early 1990s. The city of Detroit birthed yet another basketball player with hopes as high as the heavens themselves. And his name is Derrick Walton, Jr.

Filling the shoes of Trey Burke was not going to be an easy ask. The 2013 Big Ten Conference and National Player of the Year enjoyed a bevy of success during his time in Ann Arbor. He is perhaps most remembered for his incredible 3-pointer to help catapult the Wolverines into overtime in their Sweet 16 matchup with the Kansas Jayhawks. Under the bright lights inside Cowboys Stadium, Burke blasted off with an absurd shot that found the net, and proved to be pivotal in the Wolverines' eventual victory over the college basketball blue blood from Lawrence. Burke led the charge for Michigan's ridiculous run to the National Championship Game, where things ended sourly, finishing as the 2013 National Runner Up to the Louisville Cardinals. 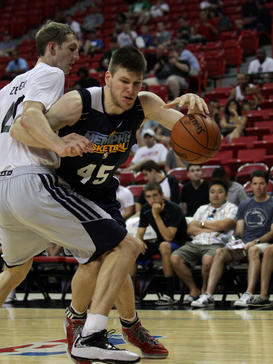 This 6-foot-1 guard was highly accomplished during his prep career, under the direction of his father - the head coach at Chandler Park Academy - and was primed to take over for Burke. Not only to get the Wolverines back to the NCAA Tournament, but back on another sprint to the summit of college basketball.

On the 8th of November, Derrick took the floor at the Crisler Center against UMass Lowell. The Maize Rage was treated to a good showing in his debut, as Walton, Jr. scored six, dished out four assists and grabbed four defensive rebounds as well. What's more is he flashed some quick hands, accumulating three steals and committed just a single turnover in 27 minutes of play.

The remainder 2013 served as a reminder that the native of Detroit was going to go through growing pains. He was superb against Florida State and Houston Baptist - scoring a combined 29 points and nine assists in the two contests - but was abysmal against the at the time No. 1 Arizona Wildcats on December 14 - scoring only one point and tossing out only one assist. In the worst of ways, Derrick Walton, Jr. needed to string together a strong set of great play because the Wolverines, like the Detroit native, were going through struggles of their own.

As fate would have it, the freshman point guard saw his play steadily improve. And as Walton, Jr. went, so did the Wolverines. The team donning the colors of maize and blue rattled off a 10-game winning streak after their spirited effort against Arizona came up just short. That win streak trickled into the month of January, and the Wolverines were delighted, starting off conference play a perfect 8-0.

Derrick was as sensational as Michigan was in the first month of the year 2014. In those eight victories, he averaged just a shade under 10 points (9.875), and served up a hair under three assists in those eight games (2.75). It was, from an offensive standpoint, the best stretch of his freshman season, as he stood out as a good enough role player while fellow guard Nik Stauskas really shouldered the load for the potent Wolverine offense.

Unfortunately, Derrick Walton, Jr. never quite accumulated the offensive outburst again for the rest of the season. High highest point total for the remainder of the year was 13 points, accomplished against the Ohio State Buckeyes and Indiana Hoosiers in the month of February.With that said however, his distributing abilities never seemed to waver, as he was still able to compile up a relatively decent average in the assist category.

His season came to an abrupt end with a dismal performance in an otherwise hotly contested matchup against the Kentucky Wildcats, racking up just three points and one assist in 33 minutes. And just like that, the Wolverines season was over.

The Wolverines are certainly losing a lot going into next season. As outlined by our own Thomas Beindit, Michigan is losing 52.7 percent of their minutes from the 2013-14 season, and 57.2 percent of their points. That said, because of this mass exodus, Derrick Walton, Jr. could step into a much larger role. He will have the likes of Caris LeVert and Zak Irvin surrounding him, both of whom have not established themselves as primary ball-handlers in their time in maize and blue. As the general of the offense, it's not crazy to think that Walton, Jr. could develop a much higher usage rate than his freshman season in Ann Arbor.

Consistency will be something that The Motor City native is going to need to improve upon going into next year and beyond, too. LeVert could become the go-to guy for the Wolverine offense, just like Stauskas and Burke before him, but Walton's prospective increased role in the offense will require a maintained level of success from his end.

Discipline is key, but that month of January suggests that as long as he stays composed and confident, Derrick Walton, Jr. has the talent to be a high-caliber player on the collegiate level. And that will be much needed if Michigan wants to breathe another cool breath of success in 2014 and beyond.