Share All sharing options for: Big Ten Conspiracies: How The NCAA And SEC Ruined Michigan's 2014-2015 Season

It's not often that you see a team with so much hope take so many offseason hits.  When Michigan wrapped up its 2013-14 season with a Big Ten title and Elite Eight appearance, most had high spirits.  The Wolverines may not have won everything, but they did have a great deal of success from a team that was still relatively young.

Michigan's starting lineup in the NCAA Tournament featured 1 senior, 3 sophomores, and 1 freshman.  What added even more was that Michigan's lone starting senior (Jordan Morgan) only started because Mitch McGary (another sophomore), went out with injury.  So in reality, Michigan's full strength starting lineup had no upperclassmen.  When you add in that Spike Albrecht (sophomore) and Zak Irvin (freshman) were the other top bench players, it's pretty easy to see the youth of Michigan's 2013-14 team and its potential going forward.  If the team had returned its eligible players, they could be looking at a pretty special year.

But that's when Mark Emmert struck. 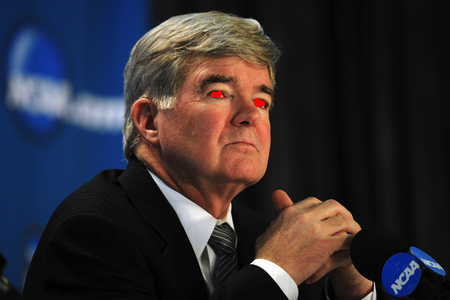 (Allegedly, this is how Emmert looks without camera editing.)

Most fans expected that Michigan's "dream" scenario would not happen and at least somebody would decide to enter the NBA Draft, but the odds of not only all 3 players declaring, but also key backup Jon Horford transferring were pretty low.  In fact, the McGary and Horford decisions were just flat out surprising.  Due to this, you have to think at least something deeper was going on.

Since the Glenn Robinson III and Nik Stauskas decisions were so likely to happen, we are just going to overlook those.  Nothing jumps off as odd there.  However, the other two decisions undoubtedly have some relation to McGary's decision to leave Ann Arbor.  This decision was one of the odder ones in recent years and was accelerated by the fact that a positive drug test by McGary earned him a suspension for the entire 2014-2015 season.

First, let's set up the drug test.  McGary was tested during Michigan's Sweet 16 appearance in the 2014 NCAA Tournament.  Remember, McGary was not even playing.  However, the NCAA rules give them broad authority to test any athlete on the team, even if they are not playing.  There are two things that jump out about this fact.  First, the fact that the NCAA can test players that are not playing at all.  What purpose this achieves is pretty questionable.  Think about this, if Michigan had simply failed to make the Sweet 16, McGary would not have been tested.  Clearly, this fact speaks to lack of efficiency and equality of the testing program.  Along with this, whether you agree or not, the fact that the NCAA groups all these drugs equally is a bit worrisome.  Certain drugs like steroids can actually impact the outcome of games.  Marijuana, if anything, would likely only work to hinder a player's performance.

On top of the questionable testing procedure, there's also the 1 year suspension.  There's no doubt that the NCAA has an incentive to ban certain substances from their players.  At the end of the day, it's up to them to determine what substances are included on that list.  The variation here does not make a whole lot of sense, but that is what the NCAA decided, so eventually it will stand, but a 1 year suspension for a single positive drug test?  We're talking about players that have 4 years of eligibility over 5 seasons.  Even if a player has a redshirt available, that is still a massive hit for what does not seem to be that severe of an offense.  In comparison, players who commit a DUI or other serious crimes often only end up missing a game or two.  Clearly, actions such as a DUI are far more dangerous than a positive drug test for marijuana and the court system reflects this belief as well.  The basic fact that a player caught by his own team receives a smaller penalty from the NCAA is also just inherently unfair.  For a system that is supposed to be the "cheerleader" of the athletes, it seems pretty ludicrous to penalize athletes differently simply because of when they are tested.  Essentially, you're looking at a questionable testing procedure used to penalize McGary in an inherently unfair way that sped up his decision to enter the NBA Draft.

But why target McGary?  Well, just look at who Michigan had faced and competed with over the past 2 seasons.  Before Michigan's nail-biter loss against Kentucky, the Wolverines were 3-0 against the SEC with McGary on the roster, including a 2-0 record in the NCAA Tournament.  The SEC is well known for their large fanbases and with the growing populations in the South, Emmert had to take a note from Jim Delany and look toward expansion.  Forcing Michigan's key big man off the team would finally allow the SEC to reach that next level.

This is where Horford comes in.

The NCAA knocked out McGary to start the expansion of the SEC, but they needed to ensure their plan would work and needed another player to assist in that rise.  Horford is well known as a player who carries himself well and can be a great representative of a team.  He would be the perfect person to lead the new SEC movement.

It's not just this though.  All these strategic moves could not have been made simply to build up the SEC.  The truth is that this has been a scheme building for years on not only a national, but an intergalactic level.  Take a look at this picture that was taken of the moon: 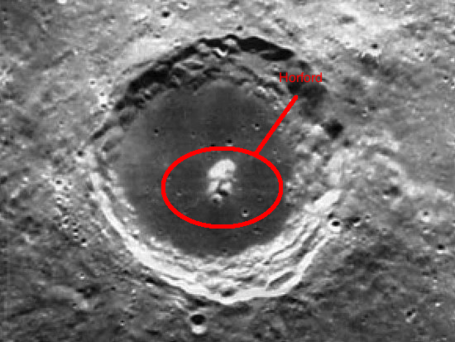 That's Horford's face on the moon and if you disagree, at least recognize that disagreeing is just your like opinion, man.  The evidence here is pretty compelling and the answer must be that Emmert wants to place an SEC team on the moon.  Maybe it's a way to avoid union rights or simply to reach new viewers, but this is the story of how the NCAA attempted to ruin Michigan's 2014-2015 basketball season.