Coming off of a down year in Bloomington - will this class be able to bring the Hoosiers back to March Madness?

Indiana is coming off one of its more disappointing seasons in a while, especially since the program was thought to have fully recovered post Kelvin Sampson in 2011 with a Sweet 16 loss to hated rival Kentucky followed by being ranked #1 in the country for the majority of the 12-13 season which finished in a Sweet 16 loss to Syracuse. At least in the beginning of the Crean tenure, the fans knew the team was not going to be good. With another top recruiting class coming in, the Hoosiers weren't going to miss a beat and easily be back in the tournament where they belong. However, that didn't work out and Indiana failed to even make the NIT after what can only be described as the Season of the Turnover. The offseason may have been even worse as Vonleh declared for the NBA and there have been three transfers as well as one walk on just quitting the team. Given all of this hectic news, no one really knows what to think right now. Hoosier Nation knows it has some of the best shooters in the 2014 class, but at the same time will not likely have a dependable big man on the team which can be very problematic in the B1G. 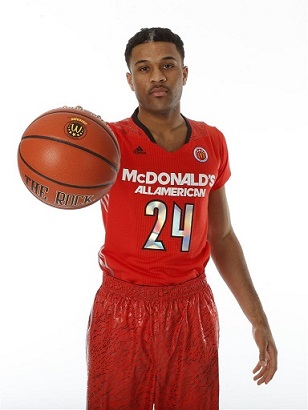 Basically what this video shows you is what everyone already knows - Blackmon can fill it up from anywhere on the court. He is the clear leader in the 2014 class as best shooter in the country and nothing you see in this video would allow dispute. He won the McDonalds All American Game Three Point contest and just missed in the finals in the skills competition as well. Blackmon is going to come into the program and start from Day 1. I don't think anyone has any doubt about that and given the lack of size on the team right now, it is likely he will be on the court with two other guards at all times (most likely Ferrell and Robinson). If Blackmon plays up to his viewed potential in Year 1, Indiana could have one of the best backcourts in the entire country next year and I don't say that lightly. The question mark has nothing to do with Blackmon - but with Indiana's front court options with are not likely to draw much attention away from Blackmon on the perimeter. 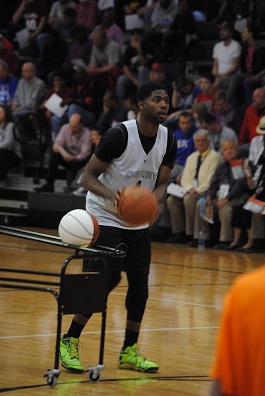 North Carolina was viewed as the major favorite to land Johnson's services all the way to the announcement, but he surprised many with his commitment to the Hoosiers. With Johnson, Indiana has added arguably the second best shooter in the entire class behind only Blackmon. Indiana was an inconceivably awful shooting team in 2013-2014 and with Johnson and Blackmon - that situation has been rectified to say the least. As you can see in the video above, not only can Johnson shoot the ball from deep - he is also very slippery in getting to the rim and finishing the basketball (which is the step that most kids forget these days). Robert is also known to be a very disciplined kid on and off the court which may be exactly what this program needs right now - a true leader. Obviously, it will be very hard to lead his freshman year, but I see him as a very solid leader later during his Hoosier career. 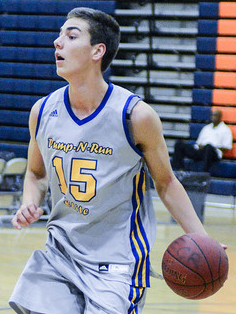 Coach Crean was originally recruiting Hoetzel's teammate Goodluck Okonoboh and was viewed as the clear leader for Goodluck for a large portion of his recruitment. However, that didn't pan out as Okonoboh eventually committed to UNLV. However, Hoetzel had caught Crean's eye during those visits to see Goodluck. He was not highly sought after as can be seen with the low quality offers above, but he isn't the first one that this has occurred to at Indiana - see Victor Oladipo and Will Sheehey. While not as good a shooter as the two guards above, Hoetzel can definitely shoot the ball and will likely end up as a stretch four in the college game. It has been reported recently that he may have grown another inch to 6'8" which is great news for Indiana fans looking for any kind of height they can get at this point. I don't think Hoetzel had envisioned playing the center position during his freshman year, but if he grows a little bit more - that may be exactly what he gets and he may see significant minutes there as well which obviously isn't great news for Hoosier Nation. 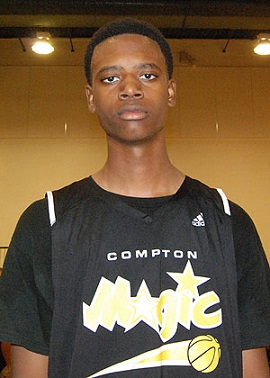 April shows some good offensive skills in this video, although the competition does appear to be very questionable. Let's be realistic though - the Hoosiers just need to put one or two guys on the team that can be a space filler in the paint. This is going to be a guard oriented team next year and if April can provide some semblance of a threat in the paint to draw the defense away from the shooters - it will be a success. He does appear to be much more talented than a guy like Peter Jurkin, so I don't think this is another Jurkin situation. However, he is not going to come in and be a major threat right from the get go either (and I don't think he needs to be). His coach did state that programs such as Marquette, Washington State, and Arizona State were starting to hang around the program which has to at least lend some credibility to April simply being a very late bloomer. Not much is going to be expected of him and he won't have to improve too much to be better than the low expectations placed upon him in Year 1. 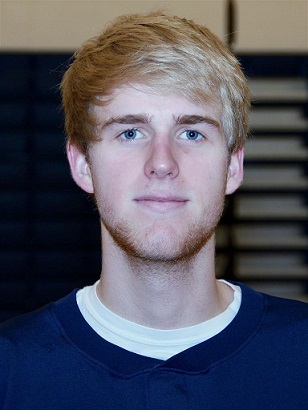 The video above was uploaded yesterday on YouTube, and is really the only view out there of what Priller's game looks like. The first thing you notice is Priller's tremendous pick and pop game which is explained by his 51% shooting from beyond the arc this year. In a way, he seems to be very much like fellow 2014 commit Max Hoetzel. Priller also shows some inside game in this video and that has been the question mark from Indiana fans following his commitment. In all likelihood, Priller is never going to be a great inside presence, but he could develop into a decent stretch four which is becoming the most important position in college basketball these days. It has become known in the days following the commitment that he did have offers from UIC and Albany - so it wasn't just Incarnate Word. Not that this makes Indiana fans feel that much better. Priller is going to be a major project and that is stating the obvious - but I am going to give Coach Crean the benefit of the doubt here until proven otherwise. He has proven time and time again that he can develop guys that no one else even thought about - so maybe he can do it again.

State of Recruiting from Adam at The Crimson Quarry: (before Priller commitment)

Indiana's 2014 class was always meant to be a supplement to the 2012 and 2013 classes. With the way the scholarships were originally constructed at most it was going to be a 3 man class of hopefully very good players that could fit into a specific role for a year or two before needing to take on any sort of heavy workload. That's exactly what Indiana had as of November's early signing period. James Blackmon Jr., Robert Johnson and Max Hoetzel made up what is most likely the best class of shooters in the nation.

Blackmon has been touted as the nation's best shooter in the 2014 class for awhile now. Robert Johnson is in a close battle for second best with Devin Booker. Add in the still growing Max Hoetzel whose biggest skill set is his shooting as well and this freshmen class was intended to be a squad that came in to only really have to do one thing really well and that's shoot the ball from deep.

Now, with defections through transfers, Indiana has a lot more spots to fill. They could use another post player or two and an extra wing. Luckily, Indiana was already able to lock in one of those post players in the last week with Jeremiah April. A legit 7 footer who shows some offensive skill, he'll be a project for Crean, but you can't teach size. And depth at the 5 is something Indiana is desperate for.

Going forward the Hoosiers still have 2 scholarships left to use. They're likely going to be gunning for the bevy of graduate transfers we're already seeing and those we've yet to see. It isn't usually until the end of the semester that you start seeing 5 year guys that are immediately eligible declare they're looking for greener pastures. Indiana is already in hot pursuit of Boston College's Ryan Anderson and I imagine more names will be on the way as the Hoosiers try to find someone that can man the post if Hanner Perea doesn't see a big jump this off-season.

The feeling that Coach Crean had in the GIF above has to be pretty similar to what he is feeling right now after losing his main recruiting assistant in Kenny Johnson who left for the lead assistant role with Louisville. The loss of Johnson in the short term is absolutely devastating as the recruiting period is about to open for the 2015 class and the Hoosiers still have a spot to try and fill in 2014. Kenny Johnson seemed to have the east coast on lock down for a while and there is no doubt that will continue at Louisville. Crean has a lot of work to do before next season and he is absolutely going to be on the hot seat as the year rolls along as Hoosier Nation is beyond done being patient with him and the program.

Team #2 is new to the conference, which makes it obvious as everyone knows it isn't Rutgers.  The team hails from the ACC and has had a lot of recent success, although not to the level of a Duke or North Carolina.