The Buckeyes are trying to prove that Thad Matta doesn't rebuild, he reloads

Ohio State is looking to bounce back from a disappointing season, having dropped its first NCAA tournament game to Dayton after having been ranked as high as third in the country in December. In what has become a frequent occurence during Thad Matta's tenure, the Buckeyes will be welcoming a heralded recruiting class to Columbus this season. After the departures of undisputed team leader Aaron Craft, leading scorer LaQuinton Ross, and glue guy Lenzelle Smith, Jr., the newest Buckeyes will be called upon to come of age quickly and make critical contributions. Before the curtain falls on their first season, let's take a look at the new faces that will be donning the scarlet and grey. 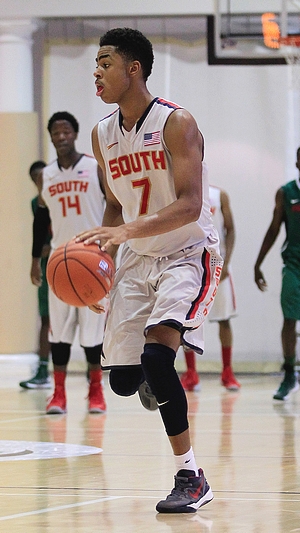 Russell is a McDonald's All-American who is believed by some to be the best pure scorer in the class. An elite playmaker with length and athleticism, the guard from Monteverde Academy is a versatile player. He can handle both guard positions, displaying solid ball-handling skills, good vision, and the ability to maneuver in tight spaces, and has even played a little small forward. The only knock on Russell as he begins his career in Columbus is a need to bulk up, particularly in a conference noted for physical play. 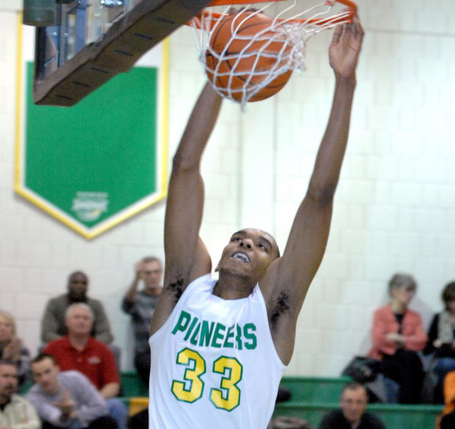 Bates-Diop may push for minutes in the race to fill Ross' shoes for Matta. A skilled forward with an advanced game along the baseline, the wiry Illinois native excels at slashing to the basket and spotting up for corner threes. Bates-Diop has also showed the abliity to wreak havoc on the glass, and with his length, has the potential to be a solid shot blocker. Similarly to Russell, Bates-Diop can play muliple positions, which should help him get on the court quicker, but needs to add mass in order to hold his own down low and handle the physicality of life in the Big Ten. 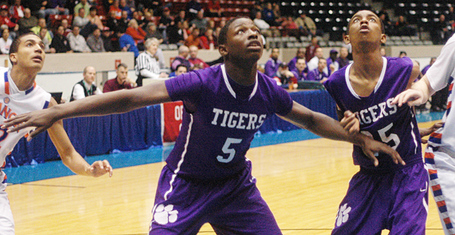 Tate has all the makings of the quintessential "glue guy" for the Buckeyes. A fierce competitor, the state of Ohio's number one prospect attacks the basket with reckless abandon, using pure determination and strength to get the job done. Tate gives the much sought-after 110% every minute he is on the floor, proving a handful on the glass and the defensive end. The knock on Tate is that he is undersized for a wing, and his physical style of play is actually better suited to a power forward. Nonetheless, he should see the court for the Buckeyes based on pure hustle alone. 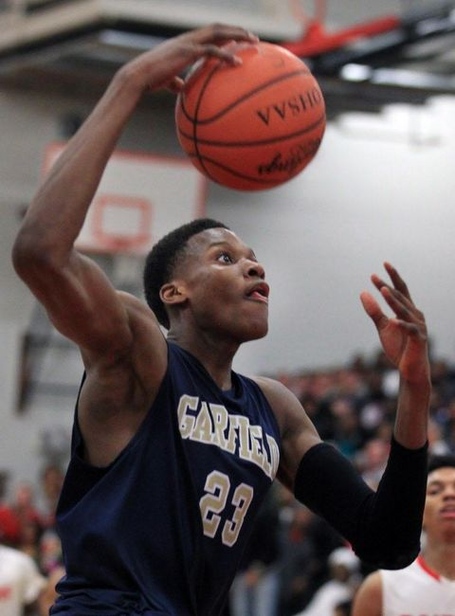 Bell is the least likely of the incoming class to see the floor as a freshman. A raw talent, the big man from northeast Ohio is an explosive rebounder and rim protector, but needs seasoning before being able to contribute. With a wingspan greater than seven feet, the wiry Bell will need to add muscle to his frame before he is able to withstand the punishing nature of Big Ten post play. With Amir Williams, Trey McDonald, and transfer Anthony Lee playing as seniors in the upcoming season, it is likely Bell will take a redshirt, giving him time to grow into his role.

Ohio State is in a transitional period after an early exit in the NCAA tournament last season and the departure of a few longtime standouts. The Buckeyes are looking to prove that they have reached the upper echelon of national programs, reloading rather than rebuilding. The incoming class is highly-touted, and will be expected to help not only maintain, but to exceed last year's accomplishments. And with a solid core to the 2015 class, which already features blue chip recruits at point guard, shooting guard, and small forward, it is important that the newcomers put their development on display. After a couple of sub-par years on the trail, Matta and his staff have shown that they still have the knack for landing top-notch talent, and have the program pointed in the right direction.