Since the days of Robbie Hummel, E'twaun Moore, and JaJuan Johnson, Purdue has fallen upon hard times. They had a great run from 2007 to 2012 where they made the NCAA Tournament all six years and won the B1G once. Things started to turn for the worse, though, in 2013 where the Boilers finished 16-18 on the year and 7th place in the B1G. They got even worse in 2014 as the Boilers finished 15-17 and in last place in the B1G. The good news is things can only get better from here, and Purdue has a very good recruiting class come in which it will need with the transfer of Ronnie Johnson. 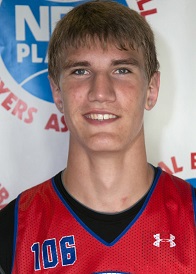 Isaac Haas put on his own dunk contest in this video. The kid is 7-1+ and should be able to dunk at will, but he appears to be fairly athletic for that big of a kid. He showed some nice post moves as well, but does appear to be a little on the slow side which will be interesting to watch as the B1G has moved more up tempo in recent years. On the defensive end, Haas showed his great shot blocking ability - which again for someone that is taller than 7 foot should be a given. With A.J. Hammons coming back, Isaac will get a chance to learn from one of the better big men in the conference and also give the Boilers the biggest front line in the conference. He has a lot of potential over the next four years in West Lafayette. This also gives Purdue an advantage over many other B1G schools as big men are not easy to come by anymore, and there won't be many seven footers in the league to compete with Haas over the next four years. 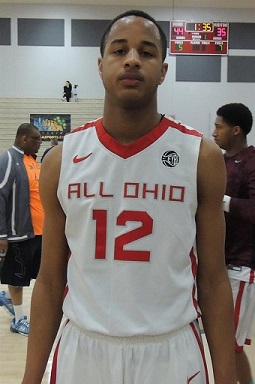 Vince Edwards will be trying to fill the "Robbie Hummel role" at Purdue next season. He is 6'7" and will likely play the stretch four position for the Boilers. As you can see in the video, he has the capability to put the ball on the floor and has a great knack for getting to the basket and finishing which is lost on so many kids in today's game. However, he also has the ability to step out and hit a three point shot with ease and that will cause some major matchup issues during his time at Purdue. While not seen so much in this video, Edwards is also viewed as a tremendous rebounder which will be a key if he is playing the four spot as he will be a little short to be playing the four in the B1G. Hard work ethic can overcome that height difference though, and all signs point towards Edwards being strong in this category as well. 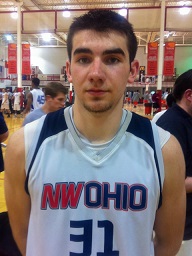 Dakota Mathias poured in 38 points in the above video - and that is exactly what he does on a normal basis - score the basketball. He can score it from anywhere on the court and has an extremely high basketball IQ which is exactly what Coach Painter has been looking for in recent years. He seems to handle the ball and pass the ball very well and is known as one of the hardest working players around. My guess is he will be a thorn in the side of many other B1G programs for the next four years and I think he will see significant playing time as a freshman. 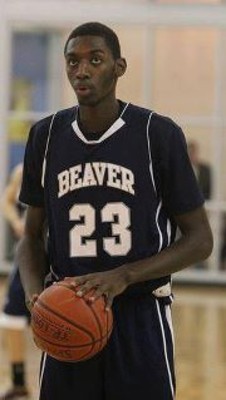 Jacquil Taylor has been under the radar during most of his recruiting process. He sat out his junior year with an injury and the Purdue coaching staff is hoping they have found a diamond in the rough. Taylor seems to have a good shooting touch with the mid-range jumper and also knows how to handle himself under the basket well. He seems like he will be a bit of a project up front, but you can certainly see the potential he has in this video and he could become a very good player for Purdue in the latter half of his career. Similar to everyone else in this class - he is known as a very hard worker and that is something that has been missing at Purdue for a number of years. 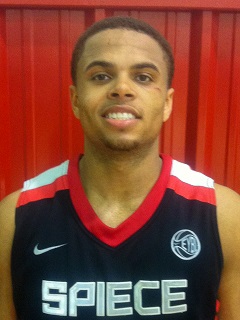 P.J. Thompson was a late commit to the Boilermakers mainly due to needing to raise his test scores before qualifying to play in West Lafayette. It had pretty much been a given if he got the scores that Purdue would offer and he would accept. Thompson is a very quick point guard who can get the ball to the rim and also step out and hit the long range shot. He is a great leader on the court and should share time with Bryson Scott next year in running the offense now that Ronnie Johnson has decided to transfer. I believe Thompson will see quite a bit of time next year even though he is the lowest rated of the recruits coming in.

State of Recruiting from Travis Miller at Hammer and Rails

Purdue's 2014 Recruiting class fills a lot of needs, but coach Painter is looking to add a transfer or two if they can be found. Matt Carlino and Eron Harris have expressed interest in visiting Purdue as transfers while Trevor Thompson was interested before agreeing to transfer to Ohio State. The Boilers have three open scholarships going into next season, and with no scholarship seniors plus five freshmen, Purdue is going to be extremely young.

Purdue has a true freshman at every spot. Isaac Haas is a quality big man from Alabama that is the highest rated player in the class. He will push A.J. Hammons now that it has been determined that Hammons is staying at Purdue.

Jacquil Taylor is a power forward from Massachusetts that was a highly rated prospect before a knee injury took him off of a lot of people's radar. He had a good senior season after the injury and it is hoped he can be a surprise, because some considered him a 5-star talent before he was hurt.

Vince Edwards from southern Ohio is a top target that Coach Painter put a lot of effort into to get. He is a top 100 guy according to ESPN and a solid scorer that can also rebound and distribute.

Dakota Mathias, also from Ohio, was the first commit and he is a sharpshooter in the vein of Ryne Smith, only bigger. It is hoped he can be more of an outside threat along with Kendall Stephens.

Finally, P.J. Thompson is a late commitment from Indianapolis as a point guard. I have seen him in person a few times and he reminds me a lot of Lewis Jackson. He is an excellent distributor but is probably a better scorer than LewJack was.

Overall this is a solid class with a lot of promise. Given how disastrous the 2012 class is turning out to be, these guys are going to be called on to perform immediately.

With the class above, every position is covered and Purdue fans have to believe this is their best chance to return to the days of 2007-2012. The class is full of hard working players who seem to have a pretty high basketball IQ and those types of players can win games even if they have a little less athletic talent than the upper echelon teams. Are they going to come in and immediately make Purdue a powerhouse program again? Probably not, but I think this group of players has the ability to be very good in a couple of seasons and could lead Purdue to be back competing for the conference crown once again soon.

Team #3 is a complete basketball school and basketball is often referred to as a religion by the fan base. Coming off of a down year - will the upcoming class bring this national power back to glory?