After losing five players that combined for 111 starts last season -- including Mitch McGary, who was limited to only 4 starts due to injury -- will the incoming Michigan recruiting class be able to make an immediate impact?

The 2013-2014 Michigan Wolverines were outright Big Ten champions and made a run to the Elite Eight without the help of Mitch McGary for basically the entire season. The season ended in heartbreak at the hands of Kentucky and cold-blooded assassin Aaron Harrison. Despite the gut-wrenching defeat, expectations for the 2014-2015 season in Ann Arbor remained high; until a Bible-style mass exodus took place. Nik Stauskas, Glenn Robinson III, Mitch McGary, Jon Horford and Jordan Morgan are all gone, leaving the Wolverines in a very uncertain position heading into next season. This is a totally different team walking out of the locker room. It's likely this incoming class is going to have to produce much more than anyone expected. Are they ready? 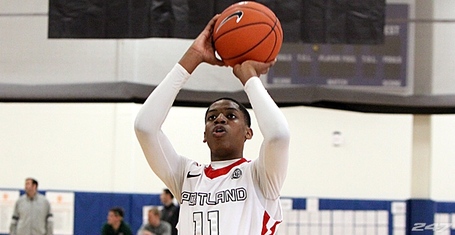 With the departures of Nik Stauskas, Mitch McGary and Glen Robinson III, Chatman is going to be asked to made the most immediate impact of any incoming Wolverine freshman. Chatman, a lefty, has a smooth, high-arching jumper that's pretty to watch. The ball he shoots often seems allergic to touching anything but net. However, he has battled through bouts of inconsistency in his shot, and it will be key for him to get off to a good start outside of conference play so he can enter the torturous B1G schedule with some built-in confidence. The departures of the aforementioned three, along with Jon Horford and Jordan Morgan, means Michigan is losing approximately 50 points of production per game. Beilein is going to expect Chatman to step up and be, at the least, a consistent double digit scorer. Chatman isn't the most explosive athlete, but he has a very deliberate style of play that makes him a more polished incoming prospect than most 17 and 18-year-old freshman tend to be. Chatman is a plus rebounder and adept passer for his size, which allows him to still contribute even when his shot isn't falling. He recently measured in at 6-foot-8, 213 pounds at the Jordan Brand Classic, which means he will be able to step in at the 4 nicely. It will be interesting to see how well he handles his role out of the gate. 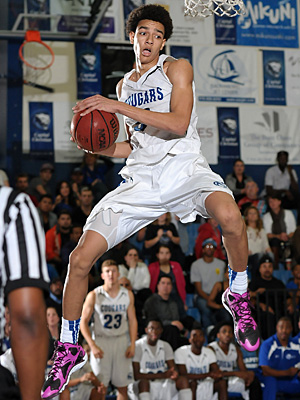 This stringy 6-foot-8 (or 6-foot-9, depending on sources) young forward will inject some much needed athleticism into Michigan's roster next season after the departure of GR3. As most young prospects do, Wilson will benefit greatly from an expanded weight and diet program (UNLIMITED MEALS!! THANKS NCAA! YOU GUYS ARE SO DAMN BENEVOLENT! IS THAT A HALO OVER MARK EMMERT'S HEAD?!?). He has shown a great ability to run the floor and his pterodactyl-like wingspan allows him to snag lobs and passes on the move. That doesn't sound like such an impressive feat, but many big men coming out of high school are exceptionally uncoordinated, often dominating against younger, smaller competition simply because of their size, while struggling to make any actual basketball moves. Wilson has the ability to step out and hit the three. His floor-stretching ability will benefit the Wolverines greatly, who have gotten used to having great shooters out on the floor. While Wilson is far from a "great" shooter at this stage in his development, he has the tools and the form to transform into a prototypical stretch four down the road. The stringy young forward may be thrown into the fire more than Beilein, or even Wilson himself, planned on this coming year. Expect a lot of growing pains with some flashes of how valuable this kid could be down the road. 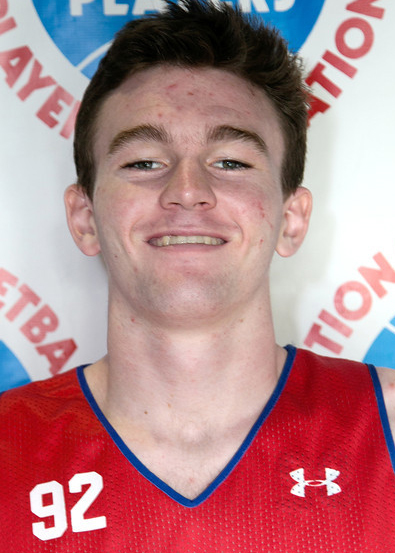 Doyle is a traditional big man. He is a back to the basket offensive player who uses a bevy of low post moves to do his damage, rather than relying on athletic ability. He is a more grounded player, preferring to use his strong frame to push players around to grab rebounds and gain position. Doyle does possess the ability to step out and knock down 15-footers from time to time, a skill that he will need to improve even more to be an offensive factor in the Big Ten. What Doyle possesses in fundamentals and footwork, he lacks in athleticism. His ability to get up and down the court in transition could be an issue against team that like to push the tempo, and he'll have a difficult time guarding stretch four's and big men with a quick first step. Doyle is a willing defender, but he lacks the tools to be truly adequate on that end. Doyle should prove his value in grind-it-out contests, but he'll likely be a non-factor against fast teams and athletic bigs. 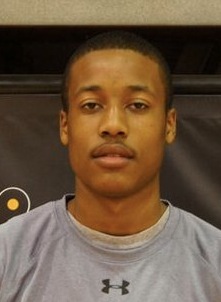 A late signing to Michigan's class, Abdur-Rahkman will be able to bring some combo-guard skills off the bench. He left Allentown Central High School in Pennsylvania as the school's all-time leading scorer, with 2,136 points. Abdur-Rahkman has been described as having point guards skills and a shooting guards mentality. He is noted for hitting several big shots over the course of his career at Allentown Central. Fearlessness is certainly a key ingredients for success in the Big Ten, and bringing another scoring threat off the bench will be vital for the Wolverines this year. It's uncertain how much run Abdur-Rahkman will get, but given some time he could develop into a nice late signing season steal for Beilein down the road.

Michigan's recruiting class was once thought to be pretty well wrapped up, but recent NBA departures and Jon Horford's transfer have opened the door for Michigan to bring in a couple more players.  Up front Michigan will get some much needed help from three-star F/C Ricky Doyle and four star wings Kam Chatman and DJ Wilson.  All three have the offensive skill to play in John Beilein's no-post up offense, but all three could use some development time in the program that likely won't be there after Michigan lost three players from its rotation at the four and five.  In the backcourt, Michigan recently picked up Muhammad Ali Abdur-Rahkman, an under the radar recruit from Pennsylvania.  He should be a solid bench player for Michigan over the next few years.  Austin Hatch is still a member of this class, although his ultimate fate is up in the air due to his long recovery from serious injuries suffered in a plane crash.  Michigan is still on the trail of two recruits.  Aubrey Dawkins is a three star guard/wing that will decide soon between Michigan and Dayton.  The Wolverines are also on the shortlist for transfer Cole Huff from Nevada, who will have two years of eligibility remaining after sitting out next season.  If either of those two fall through, Michigan could still go after more front court help with a late offer.

This season is going to be an uphill battle for Beilein and Michigan. They have a lot of young pups coming in, trying to fill the shoes of several top dogs that left (see what I did there?). There is likely going to be a steep learning curve as everyone tries to figure out how to play together without the five key departures. At least that puppy is cute, right?