Looking at the 2014 B1G recruiting classes, from worst to best. Next up: #7 Illinois.

There aren't many programs in the B1G that've had as much success over the last 30 years as Illinois. In that period of time they've only missed the NCAA tournament seven times, winning the conference in 2003 and 2005, but they missed the tournament three of the last five years. Heading into his third season, Coach John Groce is coming off a season that saw the Illini on the wrong side of the bubble, but return their top two scorers in Rayvonte Rice and Tracy Abrams. 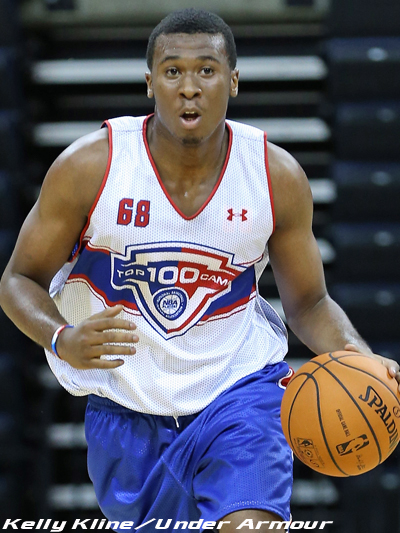 I see two possible paths Black takes when he arrives at Illinois. He could put some weight on, get stronger and become a double-double machine at the 4 or develop his perimeter game and become a complete mismatch for most of the B1G at the 3. Either way, he's going to be a major piece of the Fightin' Illini's future. His greatest strengths are his finishing ability, rebounding and hustle. Black's a superior athlete that can finish about the rim with ease. When he puts his head down and drive to the rim he's either going to get a good look at an easy shot around the bucket, or get fouled. Currently, he has the ability to hit mid-range jumpers consistently. He can hit some threes, but it's not the strongest part of his game at the moment. He could also work on developing his back to the basket game. Black could be in the mix to start Day One in Champaign. 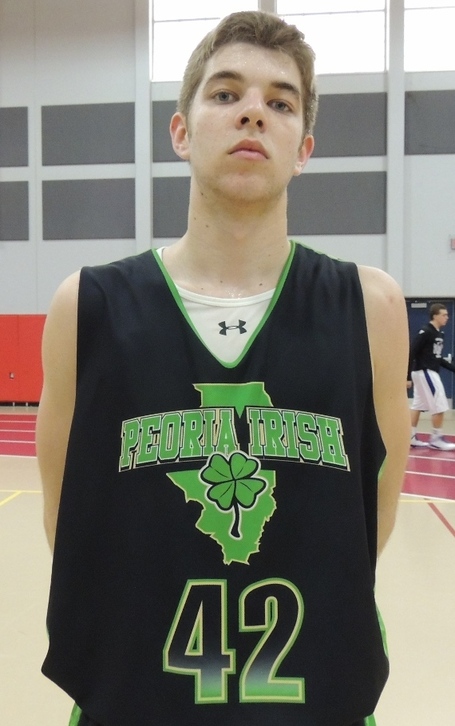 Finke is a pretty prototypical "Stretch Four". He's big, long and has a beautiful shooting stroke for a guy his size. It looks like he can put the ball on the floor when needed and is adept as a passer, but his strength is definitely shooting. It's almost always beneficial to have a big that can hit from deep on your roster, especially when you have a wealth of guards that can penetrate and score around the bucket like Illinois. The Illini don't have much in the way of depth in the front court, so Finke will probably play a little more next season than they would like in a perfect world. If the local kid can out-perform his recruiting ranking it'll be a major boon to the program.

State of Recruiting from Jack Cassidy of The Champaign Room

Illinois' 2014 recruiting class will be remembered by one dreadful day. We coined it Cliffmas. Pre-Novemeber 15, John Groce had pulled two top 40 players, a solid third commitment, and the inside track on the No. 3 recruit in the country. Post-November 15, Illinois had lost one of those top 40s (PG Quentin Snider), and Cliff pulled the ol' hat switch on us. There's pain behind these eyes because offseason days aren't supposed to hurt that much.
A solid recruiting class remained in all that wreckage, anchored by Leron Black (PF, Memphis, Tenn.). Most recruiting outlets rank Black around No. 40, but watch the kid play--there aren't 40 players better than him in the class of 2014. Black plays a strong game near the hoop, rarely drifitng away from his rebound post, but capable of knocking down a jumper when he does. He's aggressive and talented and Illinois is pumped for his arrival.
Illinois' also signed hometown boy Michael Finke, a 6-foot-9 three-star from Champaign. Finke isn't expected to contribute right away, but he's a skilled big man who can run the floor. He should progress nicely over the next season or so under John Groce.

"Happy basketball signing day friends! We're doing so well! We got Leron Black, Quentin Snider and Michael Finke and we're in great position for local uber-star Cliff Alexander! Surely He'll pick his hometown school! This is gonna be so great you guys."

"Man that sucks. Well, maybe we can still get Cliff!"

[Cut to all Illini fans]

That day was...rough...for Illinois. They did end up with a decent class that fills some needs, but maaaaaaaan signing days don't get much worse than that.