We're back! After looking at the classes of Nebraska and Wisconsin, it's time for the next installment. Part Duex.

The Hawkeyes are in the midsts of their best basketball season in almost a decade. They last made the NCAA tournament in 2006 under then coach Ste[attacked by multitudes of Iowa fans with hardened and sharpened corn husks] JEEZ SORRY I WON'T SAY HIS NAME! Anyway, this year will be their first date with The Dance since then. They are led by senior guard Roy Devyn Marble (16.6 PPG, 3.5 RPG, 3.2 APG, 1.8 SPG) and junior forward Aaron White (12.9 PPG, 6.6 RPG), and will likely return everyone but Marble and fellow seniors, forward Melsahn Basabe and forward Zach McCabe. Fran McCaffery is able to get the most out of his players, but he's also upped the recruiting in recent years. Adam Woodbury and Mike Gesell were both 4-stars in the class of 2012, and Wisconsin-transfer Jarrod Uthoff is another former 4-star. 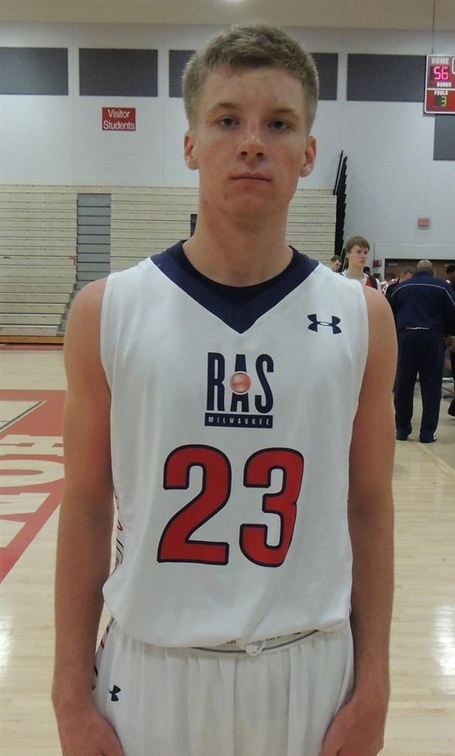 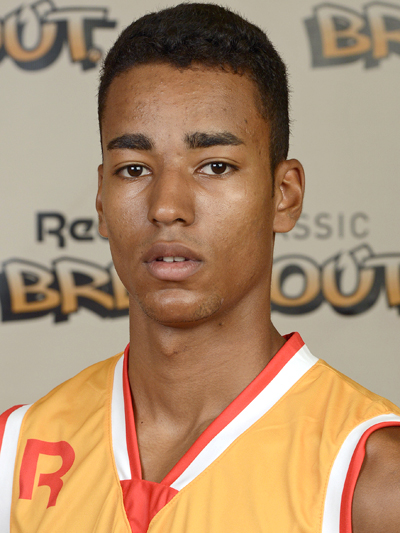 Enjoy watching a 5 minute video of a guy with a nice shooting stroke shoot lots and lots of shots? Boy do I have a treat for you!

Shooter Alert! Ellingson does one thing and does it very well. Can you guess what that one thing is? It is shooting. Did I mention he is a shooter? He's a shooter. The stroke is smooth, he has a very quick release and it looks picture perfect every time the ball comes off his finger tips.

I worry that he has a rare and serious allergy to being within 18 feet of a basketball hoop, because I'm not sure we see him do that more than once or twice in that video. If he can operate exclusively as a catch-and-shoot 2-guard at Iowa he will have a fruitful career. If he is asked to to literally anything else he might combust into a pile of dust on the court, and I don't think anyone wants to see that.

I. Love. Dom. Uhl. I think Uhl is one of the most underrated recruits entering the B1G next season. He's a banger with a nice jumpshot and plenty of athleticism. If he had been playing in the United States his whole life he would, in my opinion, have been at least a 4-star and gotten many more high profile scholarship offers. I see a raw version of one of the stars of Iowa's biggest rival- Melvin Ejim.

Iowa spent much of the year with laser-like focus on Tyler Ulis, the four-star point guard out of Chicago. McCaffery would have gotten him, too, if Kentucky hadn't entered the fray in August; Ulis as much as said so when he announced he was headed to Lexington in September. And while there is some benefit in knowing that this staff can beat Michigan State and nearly knock off Kentucky one year after an unheard-of recruiting win over Roy Williams, it was still a letdown.
The staff regrouped more quickly than the fanbase, and Iowa got two solid commits. Shooting guard Brady Ellingson is the next in a series of long-range gunners that McCaffery has brought in to improve Iowa's perimeter offense. With Josh Oglesby and Peter Jok on the roster, Ellingson looks in excess of initial requirements, but Iowa's one weak link since McCaffery arrived has been outside shooting, and the 6'3 guard could help immediately.
Forward Dominique Uhl is exactly the kind of guy McCaffery has built the program around: A lanky, rangy 6'8 forward whose circumstances might have made him fly under the usual national recruiting radar. Uhl is originally from Germany, and moved to New Jersey specifically to get recruited to play college basketball. It's a story not unlike that of current Iowa center Gabe Olaseni, who grew up in England but got to Iowa via Kansas. Iowa's ability to take raw material like this and turn it into something productive -- Aaron White, Melsahn Basabe, Olaseni, even Zach McCabe -- is beyond reproach.
Iowa's still trying to add a much-needed point guard in the late recruiting period, with JUCO guard Trey Dickerson a possibility. Iowa might also have a chance at three-star small forward Milik Yarbrough out of Illinois, or it could bank the extra scholarship for 2015, where a bumper crop in Illinois and the potential momentum of an NCAA tournament appearance and the perception as a program on the rise could lead to bigger and better things. McCaffery built his staff to identify underrated talent and win recruits through tenacity. It's worked fairly well through four years. We'll see what they can do with more to pitch than just elbow grease.

Oh? You covet a McDonald's All American point guard?

Iowa got two decent players that could turn into gems, but the story of this recruiting cycle for the Hawkeyes is one of disappointment. At one time or another we are all #Calipari'd.

Penn State basketball has been somewhere between mediocre and bad for the better part of a decade. Besides making the tournament in 2011 on the back of Talor Battle, and winning the NIT in 2009, there has not been much excitement out of the hoops team in State College. The last coach to have a winning career record left in 1995 (Bruce Parkhill), and even he had a .414 winning-percentage in conference play. This year's team is one of the worst in the B1G with a record of 13-14, 4-10 in conference. Coach Pat Chambers is in his third season at PSU, and it has been his most successful yet (which is saying something). Chambers has recruited fairly well considering the failures on the court, but still hasn't draw in anything above a stable of 3-stars. 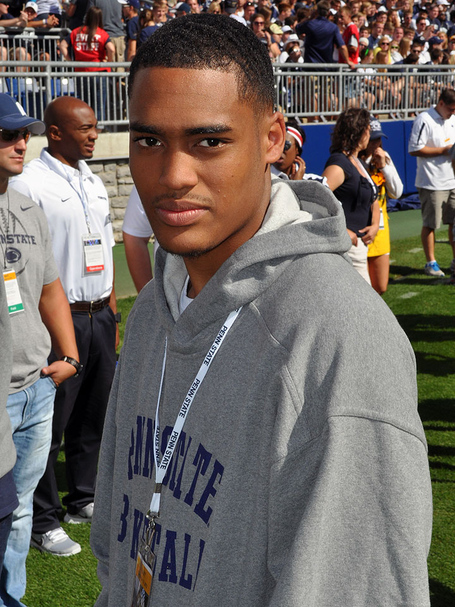 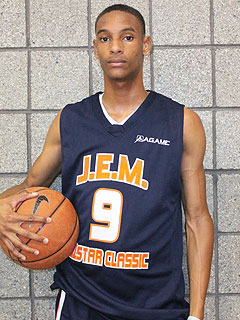 The best I could get were his junior year highlights, but they do show what looks the makings of a pretty decent point guard. Nothing jumps out as an elite skill, but Garner seems to have a nice handle, ability to finish around the rim and a good outside shot. That one step back jumper in particular was sick. For someone like this, the most important thing is that he got some major, major offers, but Penn State was able to keep him in state. That's a big win.

Ahhhhhhhahahahahaha. That's the funniest mixtape ever, and it has nothing to do with the actual basketball. That Williamsport play-by-play guy should do commentary for every high school game in the country. "OH MY NOOOO ISAIAH DUNKS IT ON 'EM". "COME. FLY. WITH. ME".

Right, the basketball. Washington seems like a really good pick-up for the Lions. He's not an over-the-top athlete but it's definitely enough for a B1G 2-guard. The release point on his jumper is very high, which I also like. Maybe it's just because this tape actually provides defensive highlights, but that is the area I can see him making the most difference from day one in State College. He's got good instincts, and seems like a hard-nosed, tough defender.

Most importantly, we must identify the announcer.

State of Recruiting from Chad Markulics of Black Shoe Diaries

Penn State wanted to tap into the hotbed that is Philadelphia when they hired Pat Chambers back in 2010, and in that regard the former Villanova assistant has been successful. Chambers has signed at least one Delaware Valley-area recruit in each of his first three completed classes, and 2014 signee Shep Garner (of Roman Catholic HS in Philly) is the most highly-rated of the bunch. Garner sported offers from the likes of Florida, Memphis and a number of Big-5 schools and should be an immediate contributor as a second option at the lead guard position after the departure of Tim Frazier this offseason. Chambers' other signee in 2014, Williamsport (PA) combo guard Isaiah Washington, decided early on in his recruiting process that he would be a Nittany Lion, committing before the start of his junior season. As a result, he doesn't have the lengthy offer sheet that Garner does, but he's still viewed as an important piece in Penn State's future. The staff was also considering bringing in a big man to fill out the remaining scholarship, but they seem to have backed off most of their 2014 targets in favor of a future player in the 2015 class.

The 2015 class is extremely deep in the Philadelphia area, so this current season was always extremely important to Chambers' efforts in stealing some talent from the usual suspects ('Nova, Syracuse, Maryland, etc.). The class got off to a hot start before the 2013-14 even started when 2015 F/C Michael Watkins committed in the summer. Watkins made Rivals' early Top 150 list before the high school season began and his stock is ever-rising, so holding on to him would be a huge get for the Nittany Lions. As far as other efforts go, Chambers brought in former Villanova forward and Virginia native Dwayne Anderson to work in the D.C./Metro area, and they seem to be interested in opening a pipeline to California after the snagging current freshman Payton Banks from Orange, CA.
All in all, Chambers is punching above his weight when you consider the type of talent he's bringing in with such a poor on-court record. He knows it's a project at PSU and he's said as much, but finishing strong in 2014 and would really aid his pitches to the crucial 2015 class.

Team #10 is the first of the B1G new-comers to show up! They have a new coach this season and he's an alumnus (also, probably way overqualified to be there).

Team #9 also has a new coach this season! He has a very famous name.