Northwestern and Under Armour teamed up to create unique alternate uniforms for the Wildcats.

Share All sharing options for: Northwestern Unveils New "By The Player" Uniforms

The Northwestern Wildcats will be decked out in new uniforms when they take the court against Illinois on Sunday. The "By The Player" uniforms were inspired by the Northwestern players and certainly aren't your everyday attire for college basketball teams.

Last spring a Under Armour design team came to Welsh-Ryan Arena with 25 questions for Northwestern basketball's coaches and players. Those players' answers to those questions would eventually create these rather uncommon uniforms for the 'Cats 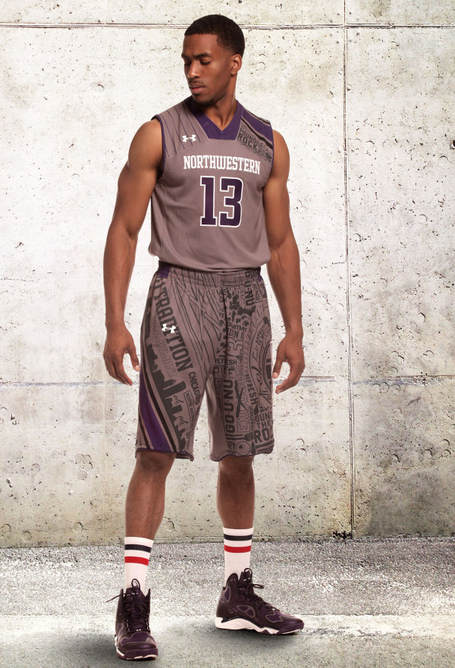 The design for the uniforms drew from the players' hobbies, likes, and pre-game rituals. The shorts feature pictures of steak, BBQ, headphones, video games, and well just about anything a college student enjoys. 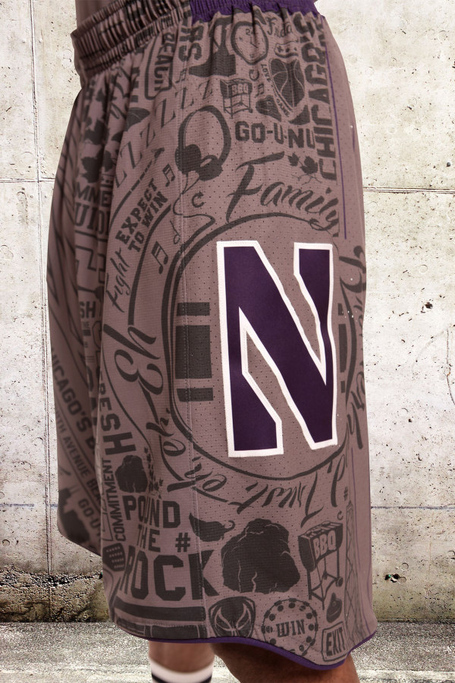 Under Armour also incorporated a local connection in the uniforms. Northwestern considers themselves to be Chicago's Big Ten team, and so the Chicago skyline and John Hancock Center stand out on the unis. Under Armour included pin striping on the back of the shorts as a tip of the hat to the classic uniforms worn by the Chicago Bulls during the Jordan era.

The team added a couple of their own mantras to the new digs. A large logo N on the shorts is encircled by the terms family, brotherhood, and trust, which the players identified as embodiments of their team. Chris Collins' motto "Love the Game" is seen through a heart-shaped basketball, and the team's battle cry "Pound the Rock" is displayed in bold on the shoulders.

There's no doubt that these are some of the craziest uniforms college basketball has ever seen. The shorts look more like a collage than a piece of clothing. Fans will be quick to either love 'em or hate 'em.

Chris Collins has brought some major changes in his first year at NU, from recruiting to marketing to style of play. The team's new jerseys are another step in redefining Northwestern basketball. 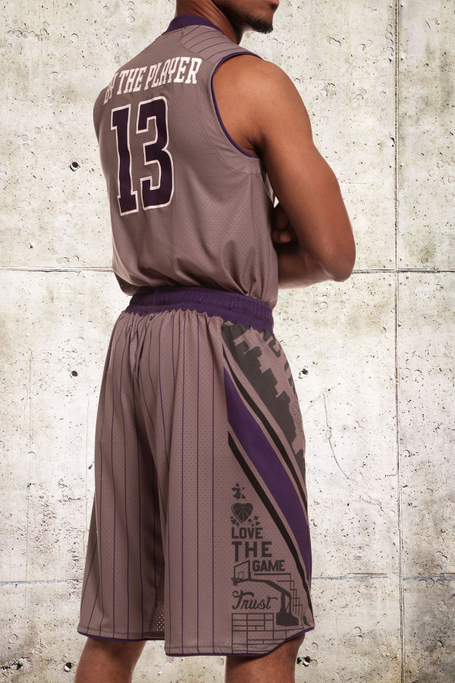 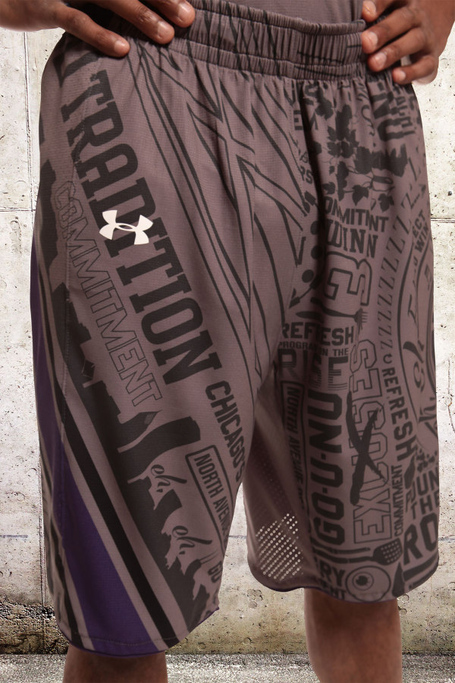