Three Reasons Indiana Basketball Will Be Better This Year

You lose Cody Zeller and Victor Oladipo, it's hard to improve. Here are some ways the Hoosiers could, though.

Share All sharing options for: Three Reasons Indiana Basketball Will Be Better This Year

The Hoosiers are the returning Big Ten champions and are looking to build off the momentum coach Tom Crean has created over the last few seasons.  Last year, the Hoosiers were one of the best teams in the country.  They were the preseason #1 team, won the Big Ten, were a #1 seed in the NCAA Tournament, made the Sweet Sixteen, defeated teams including Georgetown, Michigan (twice), MSU (twice), Ohio State, and North Carolina and had two 1st team All-Big Ten players.  Needless to say, this was a pretty good team.

Given all these accomplishments, outperforming last year will be a challenge for Indiana.  Add in that 4 of the team's 5 starters are gone and it seems like this could be a year of regression.  However, there are still some positive signs for the upcoming season.  The roster is going to look much different and probably play with a different mentality, but this is still going to be one of the most talented teams in the conference.  So let's look at three reasons why the Hoosiers will be better in 2013-2014 than they were last season:

Indiana had tremendous talent across the board last season.  However, they lacked experience at the point.  Yogi Ferrell did a great job considering he was a true freshman, but he struggled in some games down the line where his inexperienced was displayed.  The Syracuse game in the NCAA Tournament comes to mind.  Ferrell only had 1 assist against the Orange, but turned the ball over 4 times.  He struggled to move the ball through their tight zone and never really could get the Hoosiers' offense moving and the ball into the post.  If Ferrell had more experience and was able to get the ball to his teammates more effectively, perhaps the Hoosiers win that game and make it to the Elite Eight.

Having a talented and experienced point guard is a major advantage, especially on a team with youth.  They can settle the team down in tough environments and can ensure that players are working to use their skillsets.  Just look at last year's Big Ten Player of the Year, Trey Burke.  The Wolverines had three freshmen starters by the end of the year, but still had arguably the best offense in the nation.  A big part of this was the way Burke could get players like Nik Stauskas and Mitch McGary involved.  The Hoosiers have freshman weapons like Noah Vonleh and Luke Fischer that will need assistance in their transition to the college game and Ferrell could be the piece that gets them going early and often. 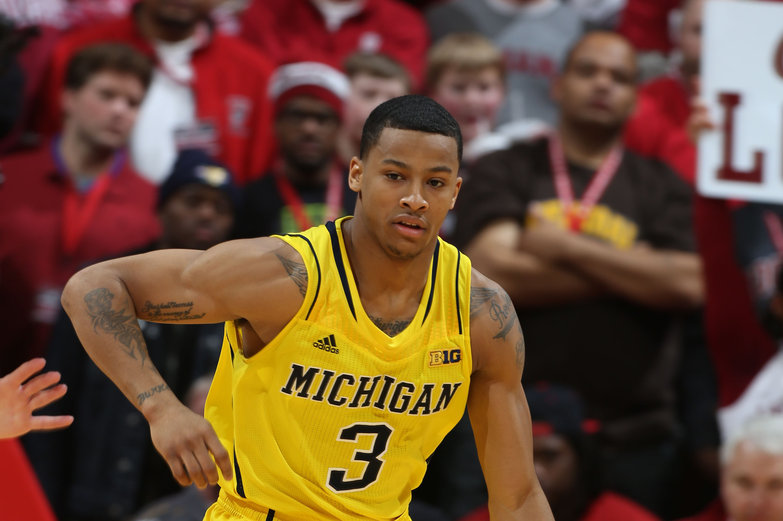 There's no doubt that players with more experience tend to play better.  This has been pretty well documented throughout the history of college basketball, but this isn't always true.  There are cases when younger players outperform their elders.  In fact, two members of last year's All-Big Ten team were underclassmen and two years ago the National Player of the Year was a true freshman.  Young players may typically require a year or two under their belt before they reach that next level, but there are plenty of examples that go against this trend.

Next year, Indiana is going to be very young.  Several freshmen have a serious shot at starting, several more have a shot at serious minutes, and even more underclassmen will start or get serious playing time.  To some, this will be a hinderance, but what many don't mention is the boatload of talent possessed by these freshmen and sophomores.  According to 247Sports, Indiana will be bringing in 4 players that have at least 4* status.  Young players may typically take time to develop, but when you're talking about 4* and 5* recruits, they need to be classified a little differently.  Just look at the Big Ten's 5* recruits from last season: Sam Dekker, Yogi Ferrell, Gary Harris, and Glenn Robinson III.  Every single one of these players was an important contributor on their teams.

So before you write off the Hoosiers for being young, remember that these are young players that are enormously talented.  Plus, there are plenty of sophomores returning from the Hoosier's #8 2012 recruiting class that should have more opportunities for playing time.  Some of the younger players could take awhile to get ready, but when March rolls around, the Hoosiers should have plenty of experience to compete with the top teams.

3. A Star Will Emerge

This may be a bold prediction, but I'm going to make it anyway.  Somebody on Indiana's roster is going to explode into a star this season.  Maybe not National Player of the Year big, but at least 1st team All-Big Ten with a serious shot at All-American.  One of the things that Tom Crean doesn't get enough credit for is the way he takes "forgotten" players and turns them into big time contributors.

I wrote an article about this earlier in the summer, but Victor Oladipo's explosion last summer was very impressive.  He didn't come out of "nowhere" persay, but going from decent contributor to All-American is a pretty big deal, especially considering the talent he was playing with in Bloomington.  What a lot of people don't mention are the other players that improved last year alongside Oladipo.  Guys like Will Sheehey that turned into pretty meaningful players.  Crean may not be the best schematic or recruiting coach, but he certainly gets his players to improve.

The obvious candidate here is Ferrell, but since we already looked at him in point #1, how about Jeremy Hollowell?  There's no doubt that Hollowell is going to have to compete with a lot of guys for playing time, but if he can help lift the load for guys like Vonleh and Sheehey, he could really help the team.  He wasn't great on offense last season, but he did show the potential to be a very good defensive player and had such limited playing time that it's hard to come to a consensus on him as a player.  His length and athleticism should work to his advantage and if he can at least be a defender, he should be a big boost to a team loaded with freshman (who typically don't tend to be good at defense).  Will he take the jump like Oladipo?  Probably not as big as Oladipo, but even if he becomes a consistent contributor, he could take the Hoosiers to that next level.