The Spartans return 4 starters and over 85% of the team's scoring. They have received much attention in the offseason, but do they have enough to make a deep run in March? Adreian Payne may be the key.

Share All sharing options for: Adreian Payne: The Key Piece To An MSU Final Four Run

A lot of things have went right for the Spartans over the offseason. Not only did Big Ten Freshman of the Year Gary Harris decide to come back to East Lansing for another year, but so did All-Big Ten 2nd teamer Adreian Payne. Theywere two of the most important pieces of last season's Sweet Sixteen team and were projected to be some of the most important pieces for this season. With just these two announcements, MSU went from being just an NCAA Tournament contender to a Final Four contender.

Offseason projections (of course) are never accurate, but the Spartans truly shape up to be one of the best teams in the country next season. They have 4 returning starters, 7/8 players that averaged 10 minutes or more from last season, and 2 solid recruits (both 3* recruits according to 247Sports). Frankly, if the Spartans weren't losing Derrick Nix (the team's starting center), they would virtually be the same team from last year. We'll talk a little bit more about his loss later, but the important thing is that the Spartans are bringing back a lot from a team that was already pretty good. MSU was 31-8 last year, 12-6 in the Big Ten, and made it to the Sweet Sixteen. Over the course of the season, they recorded wins against Michigan, Ohio State, Kansas, Wisconsin (twice), Minnesota, Illinois, and Memphis. That's a pretty impressive resume.

Tyler Ulis and the impact of a Kentucky offer 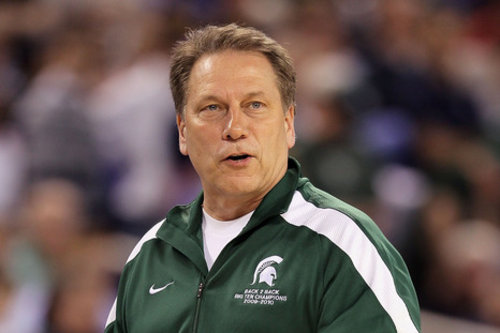 A player who could help a lot of B1G schools is also getting looked at by Kentucky.

Just the fact that MSU is bringing back so much from last season's team should ensure that they're pretty good. In fact, most would argue that it should pretty much guarantee that they will be a great team and probably even an elite team. However, there's one big question mark for MSU next year. Even with all the returning experience and talent additions, it seems likely that the ultimate results of the season will depend largely on one player: Adreian Payne.

By now, there's probably some eyebrows raised. What about returning Freshman of the Year Gary Harris? What about the return of the team's scoring leader Keith Appling? And finally, what about the fact that Payne has already largely proven himself to be a pretty good player (he was 2nd team All-Big Ten after all)?

The easiest way to answer all these questions is with a quick look at the Spartan team from last year. The starting lineup from the frontcourt to the backcourt was as follows: Nix, Payne, Dawson, Harris, Appling. A very talented lineup with experience and a player to fit every role in Izzo's traditional look. Coach Tom Izzo is known for building his teams around the frontcourt and focusing heavily on winning the rebounding battle. You can question his gameplan at your own peril, as his results show how successful this strategy has been for MSU.

The key distinction between this year's team and last year's Sweet Sixteen team is that Derrick Nix is no longer on the roster. This isn't necessarily a problem. Every college team has turnover on a yearly basis. It's just the nature of the game. The problem for the Spartans is that there's no clear leader to takeover for Nix. A lot of people just assume that a bunch of talented players make a good basketball lineup, but that's not always true. Having a well balanced lineup that can fill each role in the system is a much better approach and frankly, the Spartans are going to be searching all offseason to find that last missing piece.

For most, the missing piece is already on the roster. Payne is 6'10" and weighs 240 lbs. He played at the 4 last year, but he definitely has the size to fill Nix's former spot. The problem is that this would then leave Payne's position vacant. Izzo would then have a few options if he went with this route. First, he could try to fill Payne's spot with another big man (Costello, Gauna). Or, Izzo could move Branden Dawson down into Payne's spot and add another guard or wing to the lineup. The odd thing about this would be that MSU would lose their "big" lineup and have the new experience of being smaller than most teams they face.

If for some reason Izzo decides not to replace Nix's spot with Payne, it would require him to add another big man to the lineup that can do some damage in the post. The problem (as Spartan fans know well) is that there is no clear option on the roster who could absorb this role other than Payne. Arguably, the most efficient big man MSU had last year (outside the starters) was Costello. His total rebound percentage was 12.8% (6th on team), his block percentage was 8% (2nd), and he ranked 5th in win shares per 40 minutes on the team. The problem with this datais that his playing time was so limited and so skewed toward garbage time and weaker opponents that it makes a lot of his stats pointless. He also was never a real factor on offense. Granted, he didn't play that many minutes per game, but he still never showed all that much on that side of the ball.

Essentially, this becomes a discussion about who should be the 5th player on the floor. It's basically a choice between a Costello, Gauna, Dacey, or Bahnhoff or a Valentine, Trice, Kearney, or Byrd. The key difference here is that there are pretty proven players in that second group. Valentine and Trice played a lot of serious minutes last year and put up some pretty good numbers. Even though a guy like Costello may look decent on paper, there are probably very few who would take him over a Valentine or a Trice on a roster.

The 5 Most irreplaceable B1G players 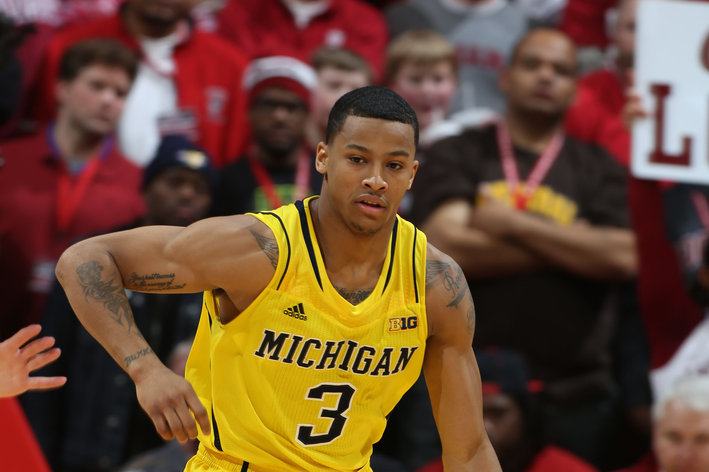 Is Indiana in trouble?

Perhaps Izzo sides with the "traditional" MSU look of two big men and decides to put Costello on the floor. But think about a lineup of Payne, Dawson, Harris, Appling, Valentine in comparison to a lineup of Payne, Costello, Dawson, Harris, Appling. The second lineup with Valentine looks a lot more dangerous. The decision is still up in the air, but if Izzo decides to go with the second lineup (that probably makes the most sense), it's going to put a lot of pressure on Payne.

There's no doubt Payne did a lot for MSU last season, but if he has to adopt the role that Nix had offensively and defensively, the Spartans could look much different. Those outside looks for Payne are going to become a whole lot less common. Payne was assisted on 88% of his 3 point attempts last year and was assisted the most for 2 point jumpers out of any of MSU's starters. A big part of those numbers was the threat of Nix down low. Plus, will Payne be able to match what Nix brought on defense in the paint? The question of course is not yet answered, but even the biggest supporter of Payne would admit that he brought a much different set of skills to the team than Nix.

The question of Payne's transition could be the most important question for MSU next year. If Payne is able to absorb this role effectively, it can really open up a lot of lineup options for Izzo. MSU won't have to put a Costello or Gauna on the floor with Payne if he can fill the team's needs down low. Instead, they can put a Valentine or Trice into the lineup, which should help Appling and make the offense much more productive. On the other hand, if Payne struggles, it's likely that Izzo will be forced into putting an extra big man out there to get Payne good looks, helping the rebounding, and help the defense. Only time will tell, but the growth of Payne could be one of the biggest factors in how the season goes next year.