Share All sharing options for: The Richard Pitino Effect

After a loss to Florida in the Round of 32 last year, Minnesota decided to part ways with coaching legend Tubby Smith and turned the program on its head. They handed the reigns to Florida International coach Richard Pitino, son of Rick Pitino, a man with only one year of head coaching experience, and a man who is younger than Dwyane Wade. But Gopher fans should be confident that he is right for the job.

Pitino's Florida International squad played at a furious pace last year, specializing in forcing turnovers. Two teams come to mind that have thrived playing this "havoc" style of defense: VCU and Louisville (VCU even spelled it out with t-shirts). Both teams were hugely successful last year, and if you look at the stats, they were both one and two respectively in four statistical categories: steals per game, steals per possession, opponent turnovers per game, and opponent turnovers per possession. But if you look further at each of those categories, FIU is 5th, 11th, 4th, and 6th. Although FIU's competition was much weaker, it should bode very well for Minnesota that he was able to have immediate success with his style of defense.

An example of this defensive style for FIU occurred in a game versus Florida Atlantic (a rivalry of Michigan-Ohio State proportions). 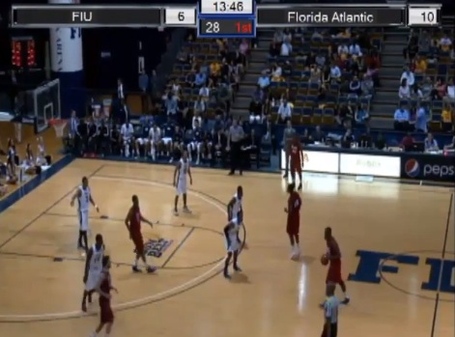 Here they are in a 2-3 zone. In other games, they appeared in a full-court trap defense, but I wouldn't be surprised if Pitino changes out of that to suit the Big Ten style. 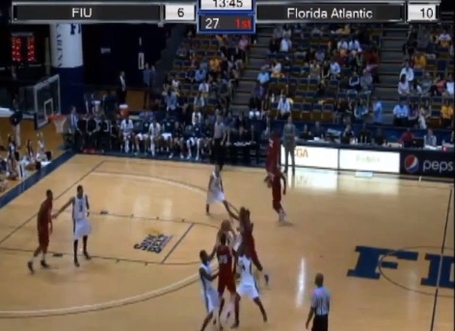 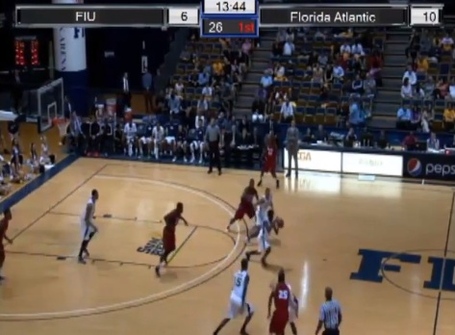 Which leads to a steal and eventually a slam dunk. If you watched any of VCU and Louisville last year, you can appreciate how this defense can wear an offense down and create easy buckets on the other end.

But the question will be whether the Gophers will have the right personnel to run this system. But do you see the guy at the top of the zone guarding the ball-handler in the first picture? That's Malik Smith, FIU's leader in total minutes at 33.1 per game and second leading scorer at 14.1 per game. Well,he followed Pitino to Minnesota, is able able to play immediately, and after a few practices, Pitino announced Smith was "playing the best basketball on the team." Not to mention the fact that probable starting center Maurice Walker lost 50 POUNDS. So slowly but surely, Pitino will have the right players to fit his up-tempo system.

To find the right players, Pitino will have to recruit hard. He's done that by going after the Twin Cities area with 5-star guys like Tyus Jones and Rashad Vaughn, as well as going across the country to remain close for Josh Perkins of Colorado and Terry Larrier of the Bronx. They recently were in the running for Philly product Ja'Quan Newton, but even though he signed to Miami, don't underestimate what that means. I've seen Newton play many times, and he is a stud. But there has never been a pipeline from Philadelphia to Minnesota for basketball. If Pitino can develop pipelines around the country in the future, the Gophers will be in great shape.

So have no fear, Gopher fans, the Richard Pitino revolution will pay off. After all, coaches named "Rick Pitino" usually work out.