2013-14 Nebraska Preview: Will An Inexperienced Frontcourt Keep Nebraska Down Again?

Sadly, this preview only mentions Andre Almeida once.

Share All sharing options for: 2013-14 Nebraska Preview: Will An Inexperienced Frontcourt Keep Nebraska Down Again?

There are a lot of reasons to be optimistic about Nebrasketball heading into the 2013-14 season. Among those reasons is a brand spankin' new 15,000-seat arena and one of the more enigmatic and promising coaches in the game in Tim Miles.

The frontcourt may not be one of those reasons. Gone are Brandon Ubel and Andre Almeida, who provided much of the size and inside scoring for the Huskers, and in come two inexperienced, albeit talented, transfers from other power conference schools. The backcourt should be able to hang with most teams, but the big guys will have to show something in order for Big Red to climb out of the B1G's bottom third.

There are some spots up for grabs here with four or five players competing. Walter Pitchford seems a likely candidate to start at center, given that his 6'10" 235lb frame will come in handy against the B1G's, uh, bigs. The sophomore is a transfer from Florida, and even though he saw just 22 minutes as a Gator, the fact that Billy Donovan wanted him in the first place is a testament to the potential he possesses.

Terran Petteway is the other highly-regarded transfer on the roster. Previously at Texas Tech, Petteway came on towards the end of his freshman year to start 10 of the Red Raiders' final 11 games. He sat out 2012-13 but made the most of his time, earning captain honors in this, his first season of eligibility. At 6'6" 205lbs, he'll be the likely starter at small forward (if you consider Shavon Shields a guard).

Leslee Smith is the third non-freshman newcomer that should receive ample playing time. Smith is a transfer of the junior college variety and had a nice showing in Nebraska's exhibition against Nebraska-Kearney, posting 12 points on 5-6 shooting in 21 minutes, the most of any forward on the roster. The 6'8" 244lbs native of the British Virgin Islands also figures to see a lot of run.

Is there any experience in this frontcourt at all? Why yes, now that you mention it. Junior David Rivers was just one of four on the team to play in every game last season, averaging 5.6 points and 3.9 rebounds per contest. Like Petteway, Rivers is more of a small forward so those two will likely battle for run. 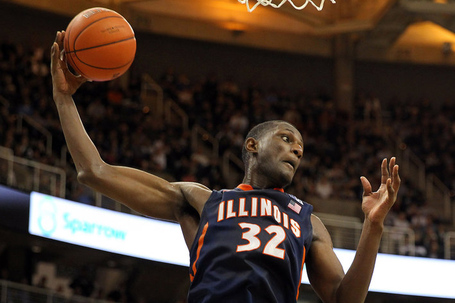 The likely candidate to come off the bench and see time is freshman Nick Fuller. Rated as one of the top 150 in the class of 2013 by 247 Sports, Fuller's signing is Tim Miles' proudest accomplishment on the recruiting trail thus far, especially considering he lured a Wisconsinite away from Bo Ryan (the Badgers never reportedly offered) and Buzz Williams (Marquette did offer), among other major conference schools. A lefty small forward, he won't be burdened with high expectations for his first year, so anything the Huskers get from Fuller will likely be an added bonus. The rest of the depth will come from 7-1 Serbian center Sergej Vucetic and a plethora of walk-ons.

Biggest Question: Will the lack of experience on the frontline doom the Huskers?

Experience is certainly a valuable attribute to have in such a loaded conference, but a team isn't necessarily doomed without it. Even though we aren't talking about Kentucky-esque freshmen here, the fact that many of Nebrasketball's newcomers have already played elsewhere in major college basketball gives them a boost. It also helps that there are a number of second-tier teams in the B1G that are hoping their bigs get on track by late December, so if Nebraska can bring the transfers along a similar path then they should be able to handle their own. If not, it could get ugly in such a strong league.

It's hard to say whether or not Nebraska's frontcourt will be able to hang with the B1G boys at this point. Keep an eye on their non-conference slate, especially in the season opener against Dunk City (aka Florida Gulf-Coast, for those who have lived under a rock since February), where they should have a substantial advantage inside despite their opponents' pedigree, and the December 8th battle for the state against Doug McDermott and Creighton, where the interior will certainly be outmatched, at least on paper. If Tim Miles can get consistent rebounding and inside scoring from this frontcourt, who knows where the Huskers will end up come March?